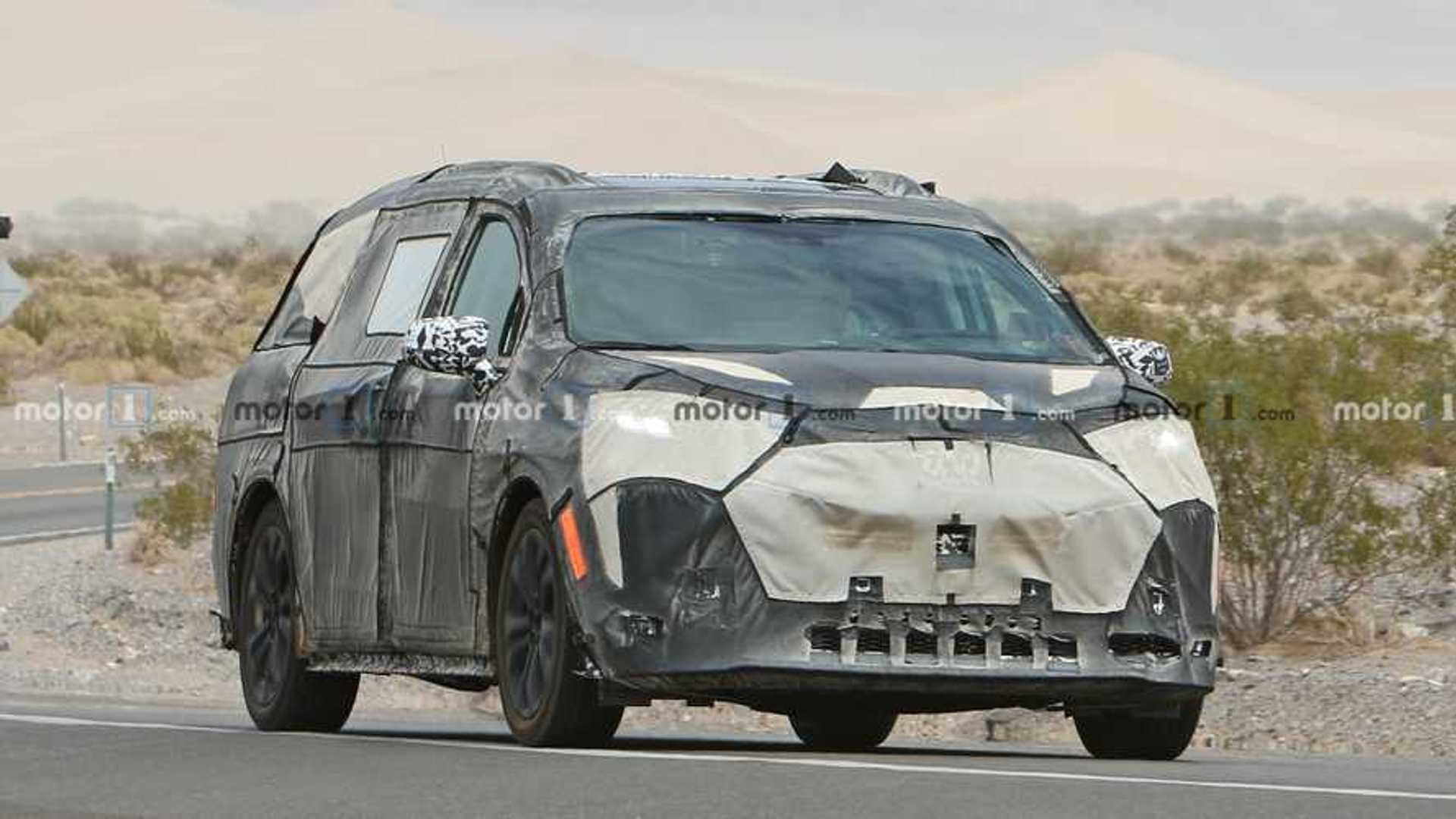 The minivan lives on in Toyota’s lineup.

The SUV/crossover explosion is in full force, but the minivan isn’t dead just yet. In fact, when it comes to a do-all family vehicle with seven-passenger seating, you’ll find more than a few opinions that still favor the minivan as the superior machine. The Toyota Sienna has a long history in the shrinking minivan segment, but as we can see with these brand new spy photos, it will live on in a fourth generation.

This prototype was recently caught undergoing hot weather testing in Death Valley, California, where we imagine the extensive camouflage tarps make cooling even more of a challenge. This represents our first look at the next-generation minivan, and to Toyota’s credit, exterior design elements are well and truly obscured.

A close look at the white mesh upfront suggests the van’s swooping face will still be there, though we suspect a makeover similar to the current Camry and Avalon sedans will bring the van more in line with Toyota’s current design language. Heavy covers hide just about everything else, and even then, the driver of this prototype hastily pulls out a tarp to keep our spy camera from catching anything that might be showing.

That didn’t stop our sources from doing some extra digging. As of now, we believe the Sienna will utilize Toyota’s new modular architecture, allowing it to grow ever-so-slightly in all directions. That will make this roomy three-row van even more spacious inside, with that last row perhaps gaining the most when it comes to head and legroom. As for power, the familiar 3.5-liter V6 with an eight-speed automatic should be present, with all-wheel-drive being an option. Additionally, a hybrid model should arrive in the next-generation van as well.

The current Sienna received a minor refresh for the 2018 model year, but the third-generation platform dates all the way back to 2010. As such, we expect Toyota to fully reveal its new Sienna early-to-mid next year as a 2021 model.