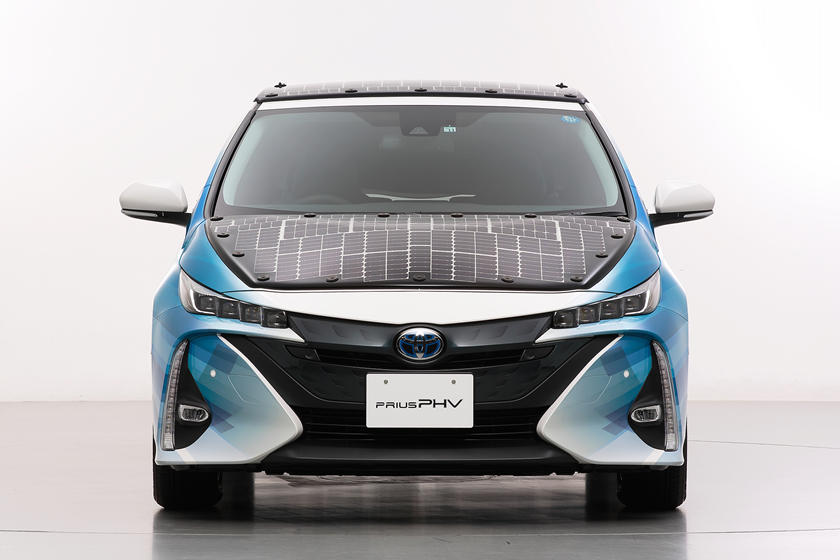 The solution is actually quite simple.

Toyota is about to start public testing of new Prius models fitted with solar panels. The plan is to study the fuel efficiency and cruising range of the vehicles fitted with the latest generation of solar panels. Those solar panels are made by Sharp using a thin film that’s around 0.03 millimeters thick. The adaptability of the film and its ability to form around contours means panels can be fitted to the hood, roof, and the rear hatch. It also means many panels can be used on smaller cars with limited space to cover more surface area.

Efficiency is the name of the game here, and in a press release Toyota says that the solar battery cells have a “conversion efficiency of 34 percent-plus,” and by “enhancing the solar battery panel’s efficiency and expanding its onboard area, Toyota was able to achieve a rated power generation output of around 860 W,” on its demo car. That’s 4.8-times higher when compared with the commercial model Prius PHV with solar panels equipped. The difference should be dramatic compared with the solar roof option originally offered by Toyota for the Prius that had a conversion efficiency of 22.5 percent,

While solar panels won’t provide all of the energy for driving the wheels, they should offer some peace of mind for EV drivers that still contend with range anxiety whether it’s justified or not. Previously, the Prius PHV charged the driving battery only while the vehicle was parked but the demo model being tested recharges the batteries while the car is being driven.