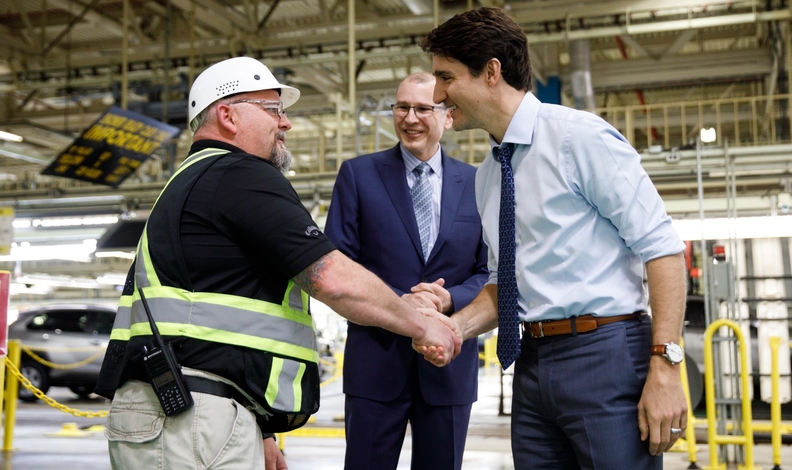 For years Canada has been known as a tough place to make money building cars.

“Over time, we built a reputation at [Toyota Motor Manufacturing Canada Inc.] that we’re a good place to manufacture,” TMMC President Fred Volf said. “But most importantly, we demonstrated that we can remain competitive and build these products profitably in Canada, and we’re constantly improving.”

Volf’s comments followed Toyota’s announcement in late April that it will build the Lexus NX and its hybrid relation at the company’s Cambridge, Ont., plant for the North American market, beginning in 2022. The utility vehicle will replace production of the hybrid version of the Toyota RAV4 crossover, which will be move to Kentucky.

That announcement came shortly after the company completed a $1.4-billion investment in its Cambridge operations, including $220 million in total government support, in two of its three Canadian plants, which employ about 8,000 people.

A BREAK FROM THE BLEAK

Toyota’s bet on Canadian manufacturing contrasts with bleaker news emerging from other auto manufacturers in Canada. General Motors, for instance, will end vehicle production at its Oshawa, Ont., assembly plant by the end of 2019, while Fiat Chrysler Automobiles plans to cut one of three shifts at its Windsor, Ont., minivan plant to adjust for falling sales.

Mark Nantais, president of the Canadian Vehicle Manufacturers’ Association (CVMA) — which represents GM, Ford and FCA — said Canada has many advantages over other jurisdictions, including a highly skilled labour force, supportive governments and numerous trade deals.

But high labour costs, red tape and rising electricity prices make Canada a more expensive place to do business than many other countries, Nantais said.

“In many ways, I don’t think we’re going to be like Australia in the near term,” he said, referring to that country’s defunct auto-manufacturing sector. “But as long as we have a negative cost equation here, that’s not going to help the situation in the future.”

Volf said TMMC demonstrates value to Toyota’s global leadership by encouraging innovation at its plants. By adapting new technologies and staying on top of what other Toyota plants in North America and Japan are doing, he said, the Canadian plants make sure they do not become outdated.

“Yeah, you’ve got to be profitable, but you’ve got to run an organization where your people are proud, they want to come to work and they want to participate,” Volf said. “We make an environment where it’s safe to make mistakes in innovation or technology.

“The point is that as long as you walk away and learn something from it, so you can apply it and get better, it’s fine.”

TMMC, he said, was a pioneer in the use of “collaborative robots,” which can operate alongside human workers at the automaker’s Ontario plants. So far, there are 25 such robots, which perform repetitive tasks, reducing strain on workers and increasing efficiency.

Toyota’s Canadian plants were the first to implement the technology, which was eventually adopted by the automaker’s factories in Japan and the United states, Volf said.

“We would take some existing technology, say from a technology firm, but they wouldn’t know how to apply it in a manufacturing environment or an automotive environment,” he said. “We would then come up with the work and do that.”

TMMC’s competition is not with other automakers’ plants but with other Toyota factories vying for new production mandates, Volf said.

“Our biggest competition is not external. It’s internal,” he said. “Obviously, Toyota makes the same products in Japan, and we need to be competitive with Japan plants in many aspects. And Toyota could make the same products in some of the U.S. plants in the future as more and more of the common platform becomes more prevalent. It’s important that we stay ahead of the pack.”