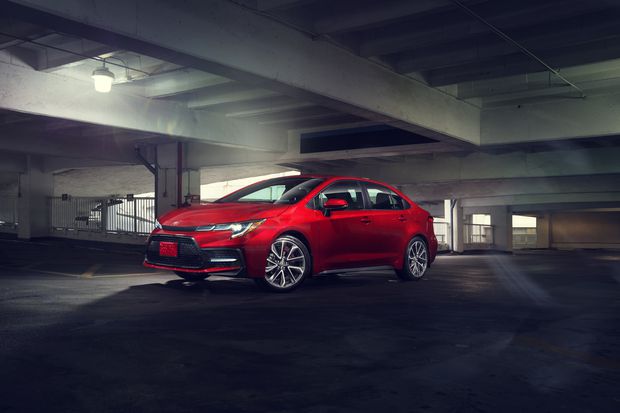 Toyota’s Corolla has been around forever – well, since 1966 – and it’s always stayed true to its reason for existence: It’s a compact, no-frills and reliable car that doesn’t cost too much to buy and run.

Now it’s in its 12th generation, six years after it was last redesigned. The new model is built on Toyota’s next-generation platform that’s stiffer and a little lower, and the Corolla lineup is expanded to include not only a sporty version, with an all-new 2.0-litre engine, but also – for the first time – a hybrid.

“We had a lot of requests on the previous-generation Corolla about, ‘Why do you not have a hybrid?’” says Scott MacKenzie, Toyota Canada’s senior national manager for external affairs. “We’ve had hybrid available on Corolla variants in other markets around the world, so they just decided it was an appropriate time to put one in North America.”

The hybrid shares the same engine and drivetrain as the current Prius hybrid. It pretty much is a Prius, but with a slightly smaller body and for about $3,000 less.

“It’s a little bit more affordable than the Prius,” MacKenzie says. “The driving performance is a little bit different in the sedan, too, of course.”

The Prius has a more aerodynamic shape that shaves about 0.2 L/100 km off the Corolla’s 4.5 L/100 km average fuel consumption, but that’s hardly enough to make a difference to most consumers. And that’s about it.

Toyota Canada has no idea how popular the Corolla Hybrid will be. It expects to sell about 40,000 Corollas of all types and thinks that probably 10 per cent of them will be hybrids, but it really doesn’t know. 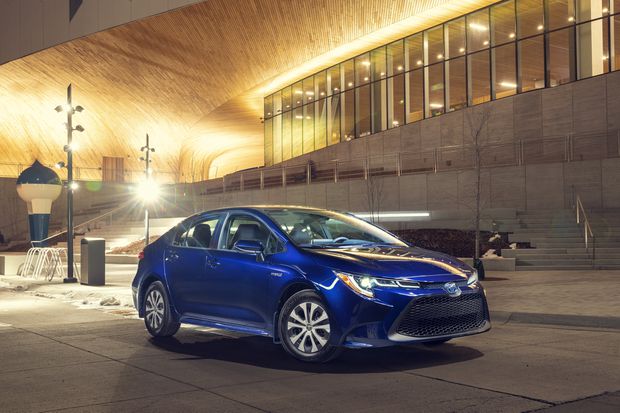 After all, the Corolla is already a very fuel-efficient vehicle. The regular gas-powered car claims an average of as low as 6.7 L/100 km for the CVT-equipped model with the new 2.0-litre engine. The hybrid is a little better equipped and comes with a price premium of $3,000 over the roughly equivalent LE trim level of the 1.8-litre gas car (which has an average consumption of 7.1 L/100 km), or $2,500 over the equivalent 2.0-litre car. If you drive 20,000 km a year, it will take about four years to get your money back in fuel savings at today’s Toronto prices.

But the cost of gas is up and not expected to drop. Here in Calgary, it’s selling for as low as $1.15 a litre, but in Vancouver, it’s more than $1.65. Even Prius owners are looking to save money. Toyota Canada might find the Corolla hybrid is more popular than it expected.

Beauty is in the eye of the beholder. Maybe you like that huge grille (and it looks better with a licence plate on it, which Ontario’s government is thinking of scrapping), but ultimately, this is a car built to a budget. Quality is very good though.

This new Corolla is now built in the United States, in Mississippi, after 30 years of Canadian production, so Toyota’s Ontario plant can build more RAV4s. Toyota Canada isn’t shedding any tears for losing the Corolla: Profit margins are higher on the RAV4, which is the maker’s most popular vehicle. Again, nothing too special, but nothing offensive either. There’s plenty of soft-touch black plastic on the fascia and front shelf, but the sportier S-Line trims have a more colourful interior with striped seats. There’s enough room in the rear for two adults or three children, but it’s not spacious back there.

All but the very cheapest trim have heated front seats, and if you want to pay for the upgrade, a heated steering wheel and even heated rear seats are now available.

The smaller engine is good for 139 horsepower (up seven from last year), and it’ll get you to the grocery store just fine. The sportier two-litre engine makes 169 hp, which adds a bit of pep, but this is not a sports car – it’s a Corolla.

The new, stiffer platform, however, makes for better composure around corners, and if you really want a sporty experience, the six-speed manual gearbox is one of the best around. Its selectable rev-matching feature will give you smooth shifts every time. This combination is available on both the sedan and the hatchback.

Every year, car makers add more clever features to make their vehicles not only more connected, but also safer, and Toyota’s no exception. The difference is in the standard features offered. In even the base, $18,990 Corolla, you get Toyota’s Safety Sense 2.0 features, which include dynamic cruise control (which follows the speed of the car in front, at a set distance), forward collision warning and lane-departure warning. You also get keyless entry, LED headlights and tail lamps, a backup camera and Apple CarPlay (but not yet Android Auto). Spend $1,000 more and you get an electric parking brake, blind-spot warning and lane-tracing assist, which helps steer the car within the lane. You also get full-speed dynamic cruise control, which (unlike the cheaper version that cuts out below 40 kilometres an hour) will work all the way down to a standstill in traffic. This is remarkable value for a car with a sticker price of less than $20,000.

As mentioned, the back seats are not spacious, but they do the job. It’s the same for the trunk, which is helped by having rear seats that fold down with a 60/40 split. What’s impressive is that the trunk is no smaller in the hybrid version – that’s normally where the car maker puts the big battery, but the new platform allows it to sit under the rear seats instead. If you want more space, though, opt for the more practical hatchback.

A very nicely rendered little car that will surely maintain its reputation for reliability, now with more choice of features. The hybrid should give the Prius a serious challenge, given its $3,000 saving.