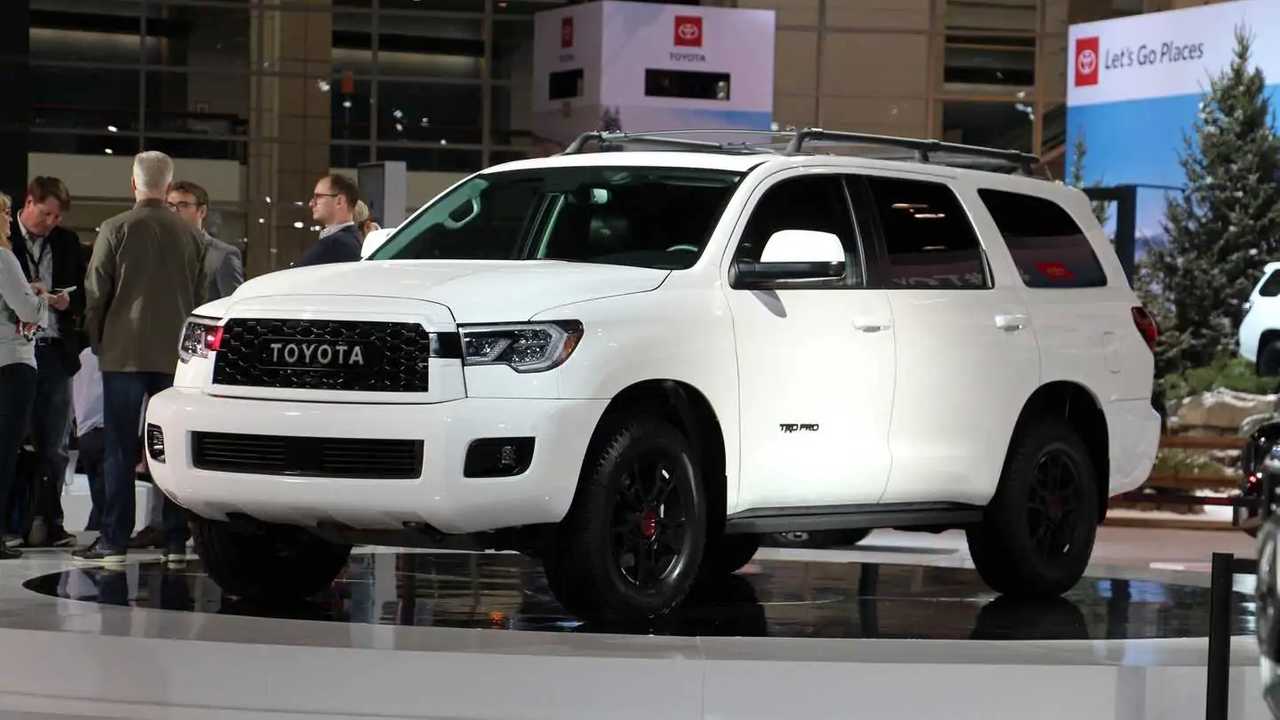 Remember the Toyota Sequoia? Yeah, the three-row, nearly 20-year-old SUV is still a thing. In an effort to refresh the memories of those who might have forgotten, Toyota will pull the cover off its most rugged Sequoia – the hardcore TRD Pro model – at the Chicago Auto Show. And it looks tough… ish.

The Sequoia TRD Pro’s exterior is actually pretty subtle – relative to the rest of the updated TRD Pro lineup, at least. Defining elements like the “TOYOTA” wordmark in the grille and black 18.8-inch BBS TRD wheels carry over. In this case, the Sequoia swaps its chrome grille for black finishes, its halogen headlights for LEDs instead, and gains a set of Rigid Industries LED fog lamps.

New internal bypass Fox shocks give the Sequoia some much needed off-road chops. The 2.5-inch front shocks feature seven compression zones, two rebound zones – each increased by 18 millimeters (0.7 inches) – and a reduced spring rate, all in an effort to improve off-road ability. The rear shocks are two inches, but have larger 47-millimeter (1.9-inch) pistons and beefier shock rods, widened by 3.2 millimeters (0.1 inches).

The same base 5.7-liter V8, producing 381 horsepower and 401 pound-feet of torque, carries over– but at least there’s an option for a TRD cat-back exhaust to make it sound better. Paired with a six-speed automatic transmission, the Sequoia TRD Pro can tow up to 7,100 pounds (making it SAE J2807 compliant) and comes with tow assist features like an integrated tow hitch, a selectable Tow/Haul driving mode, and Trailer Sway control.

Throughout the entire updated TRD Pro portfolio, all models gain a new multimedia system with Apple CarPlay, Android Auto, and even Amazon Alexa compatibility. The Tundra, Tacoma, and 4Runner each get a new eight-inch touchscreen, while the Sequoia makes do with a smaller seven-inch setup.