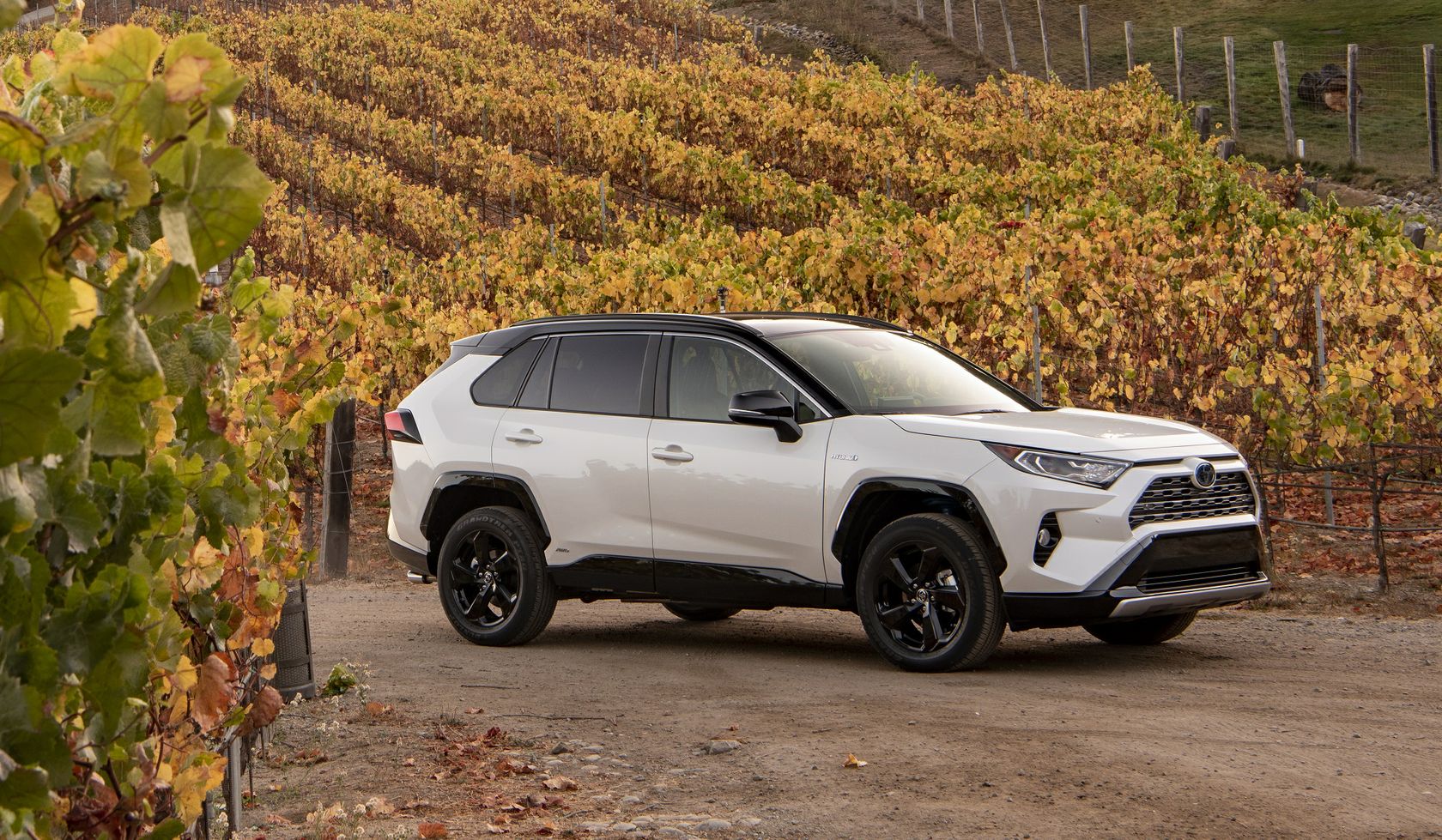 TORONTO, ON – November 20, 2018 –  From new multimedia to smarter all-wheel drive and a more efficient hybrid powertrain, the fifth-generation Toyota RAV4 is brimming with high-tech that works seamlessly and conveniently to deliver a rewarding driving and ownership experience.

The technology show starts when you step into the RAV4. On Trail, Limited and XSE grades, the Multi-Information Display (MID) is upgraded to 7.0-inches, versus 4.2-inches in lower grades. And the 7-inch TFT speedometer can be switched between analog and digital displays, letting the driver set the mood.

The XLE grade can be upgraded with Entune 3.0 Audio Plus, which adds an 8-inch touchscreen and SiriusXM Radio.

All-wheel drive (AWD) may have become a ubiquitous term in the automotive industry, and especially among SUVs, but not all AWD systems are the same. Toyota took a smarter approach to a technology that many might not even think about. The result is effective traction for inclement and slippery weather and trails, while reducing AWD’s typical drag on fuel economy.

The 2019 RAV4 offers three different AWD systems. In LE and XLE models, the optional AWD can send up to 50 percent of available torque to the rear wheels when necessary.

Standard on AWD-equipped Limited gas and Trail grade models, Dynamic Torque Vectoring is added to the AWD system, which uses special couplings to manage torque distribution between the left and right rear wheels. As a result, should one rear wheel lose contact with the surface – during trail driving, for example – torque will flow to the grounded wheel to help keep the vehicle moving. In driving situations where AWD is not needed, Rear Driveline Disconnect uses a ratchet-type dog clutch to disengage the rear wheels and stop the rear drive shaft’s rotation. That reduces the energy needed to propel the vehicle, therefore helping to reduce fuel consumption.

Why Wait for Slip?

The RAV4 AWD system does not simply react to wheel slippage. Rather, the sophisticated AWD Integrated Management (AIM) integrates control of the engine, transmission, Electric Power Steering (EPS), AWD system, and brakes, changing its logic according to the driving environment.

Standard on AWD-equipped gas RAV4 models, Multi-Terrain Select gives drivers the ability to maximize traction when driving through mud, sand, rocks or dirt. The system is easy to use thanks to control buttons or a control dial (depending on the grade) positioned to the left of the transmission shift lever.

The driver can select Mud & Sand mode for beach driving, or Rock & Dirt mode for trails. Using the Multi-Information Display (MID), the driver can view torque allocation and slip control, which change depending on driving and road conditions.

Toyota has fulfilled a goal to make driver safety systems with automatic emergency braking standard on most models, and the 2019 RAV4 debuts with the second generation of the Toyota Safety Sense system (TSS 2.0). The full system is standard on all grades and includes:

Capability to detect a preceding vehicle or pedestrian in daytime or with better low-light recognition capabilities, or daytime cyclist (new). System will alert the driver with audible and visual warnings and/or apply brakes to help mitigate or avoid the collision in certain cases (using Forward Collision Warning (FCW), Brake Assist (BA), and Automatic Emergency Braking (AEB).

For highways/freeways only, this adaptive cruise control functions at 0-110 mph and enables low-speed speed matching, stopping, and acceleration/deceleration relative to a preceding vehicle traveling at a slower speed. Speed, cut-in, and distance control are enhanced, as well as Turn Signal Linked control added, for a more natural response.

Newly added to LDA w/SA is the capability, under some circumstances, to detect the road’s edge, in addition to the pre-existing capability to detect visible lane markers and the vehicle’s position in the lane. If unintentional lane deviation is detected, the system alerts the driver with audible and visual warnings. Steering Assist can provide small corrective steering inputs to help the driver prevent the vehicle from unintentionally leaving its lane.

Capability to automatically activate and deactivate high beams based on the driving environment and preceding vehicle’s lights.

For highways/freeways only, LTA can be enabled when using DRCC and has the capability to recognize white or yellow lane markings or the path of a preceding vehicle if lane markers are temporarily unavailable. It can also identify and actively track the centre of the lane by providing steering assistance (hands-on, driver-assist system). This reduces driver burden and supports safe driving, especially in traffic congestion on long highway trips. The LTA system can be turned on/off.

Since introducing the first mass-production gas/electric hybrid vehicle, the Prius, 22 years ago, Toyota has continually refined and upgraded the technology. The new-generation Toyota Hybrid system in the RAV4 HV is more compact, more efficient and quieter than in the previous model.

Big changes in the geartrain yield significant efficiency improvements. The new transaxle mounts the electric motors (MG1 and MG2) coaxially rather than in-line, and the resulting smaller and lighter package reduces frictional losses.

The reduction gear is now a parallel shaft gear, rather than a planetary, and a new multi-function gear integrates the power-split planetary ring gear, parking gear, and counter-drive gear. The changes add up to an approximately 25-percent reduction in transmission losses compared to the previous model.

Energy transmission losses are reduced by new computer integration and a smaller, lighter power stack installed directly above the transaxle.

The new Ni-MH battery pack is smaller and more efficient than in the previous RAV4 HV, reducing HV battery charging time and frequency and contributing to enhanced fuel efficiency. The pack is small enough to be installed under the rear seats, rather than taking up space under the cargo area.

Hybrids Have Fun, Too.

The RAV4 HV driver will notice a more linear acceleration feel, thanks to the way the system optimizes the level of electric motor assistance and engine rpm without the engine running at high revs. Engine speed is synchronized with vehicle speed. Differential pre-load yields better standing-start performance and straight-line stability.

The 2019 RAV4 HV can even coach the driver toward achieving higher fuel economy. An accelerator guide function suggests an acceleration amount to the driver according to the driving conditions, and a scoring function adds a measure of fun to eco driving.