The funky Toyota C-HR was no fluke, and the boxy FT-4X rock hopping SUV could come next

The Toyota you used to know; Corollas designed to a price, Camrys built to the same old pipe-and-slippers recipe; will soon be a thing of the past.

Toyota has already showed it’s keen to let the creative juices of its international design teams flow free, with breakout vehicles such as the C-HR compact SUV and upcoming Toyota Supra sports car raising eyebrows. And the message from the top dog at Toyota, CEO Akio Toyoda, is simple – no more boring cars.

That is the message that’s getting Kevin Hunter, president of Toyota’s US-based design studio (Calty), excited.

“This is a great time to be in design at Toyota,” Hunter told a small group of journalists right after the global debut of his latest creation, the FT-4X compact SUV, at the 2017 New York motor show.

“We have Akio Toyoda, a car enthusiast, a race car driver, he wants exciting cool cars.

“We see him in Japan and he tells us all the time, ‘let’s make cars people truly love’. Not just a good lease rate or they got a good deal, but cars people really love,” Hunter enthused. 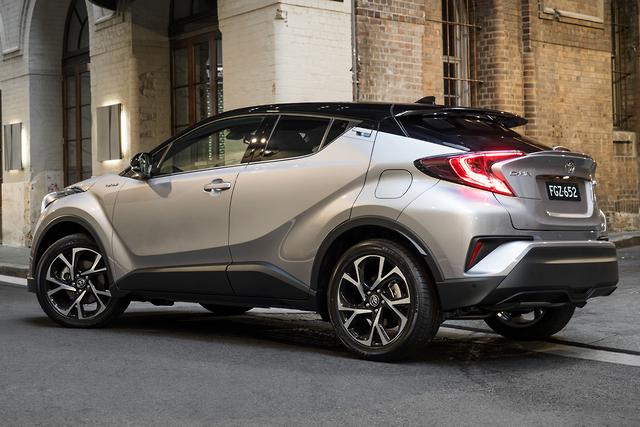 The FT-4X is a forecast of what the design teams within Toyota are thinking about. It takes a sprinkle of the retro-inspired FJ Cruiser design and adds a whole lot of uptown funk to the recipe. It also includes some very cool features such as an in-built mobile phone cradle above the speedometer, an arm rest that doubles as a sleeping bag and a power point in the roof.

It’s concept cars like these that will shape Toyota’s design language – and it’s not just about eye-popping exterior styling either, says the boss of Toyota’s North American design centre.

“We are starting inside out [with car design] a lot now because that’s where drivers and passengers spend most of their time… We call it a holistic user experience. It’s not just about exterior styling driving everything anymore,” Hunter explained.

Such a comment from a senior Toyota executive 10 years ago would have resulted in instant dismissal. Not anymore.

As Hunter explained, the message coming Toyota HQ in Japan is generating a huge amount of excitement within the company, which will manifest itself in more provocative products.

“From a design point we’re thrilled, we want to the push the envelope and try new things. It’s just awesome we can do that now,” he said.

Ultimately, the Toyota you always knew – a maker of reliable, safe, but arguably boring cars – is evolving into something more fascinating. The next 10 years could be revolutionary for Toyota and Hunter said that there’s no reason why the FT-4X couldn’t reach production, if there’s demand.