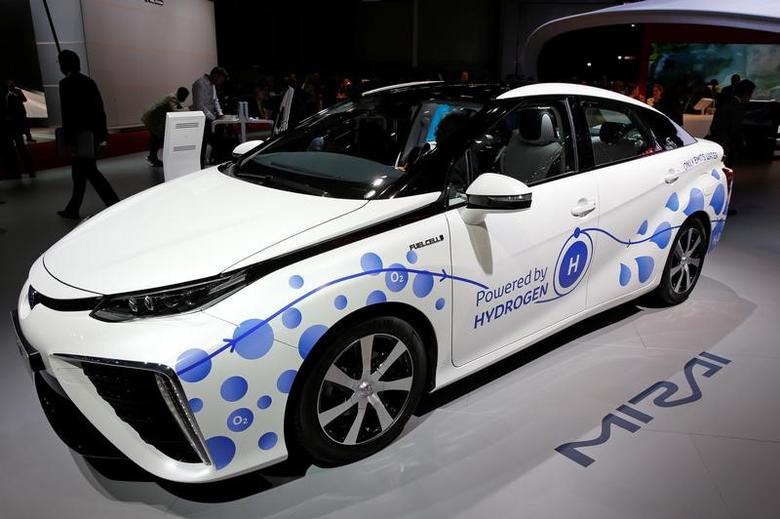 Toyota Motor Corp (7203.T) is testing its Mirai fuel-cell vehicle in China, the head of the Japanese automaker’s China business, Hiroji Onishi, said on Friday at the Guangzhou auto show.

Toyota has promoted fuel cell vehicles as the most sensible next-generation option to hybrids but a lack of hydrogen fuelling stations poses a major hurdle for mass consumption.

Mirai, which means “future” in Japanese, is a four-person sedan first introduced in 2014 that has a range of 300 miles, and is Toyota’s first mass-market fuel cell car.

While China is pushing electric technology and hoping its homegrown brands can close a competitive gap with global rivals, Japan is investing heavily in fuel-cell technology, aiming to foster what it calls a ‘hydrogen society’, where the zero-emission fuel would power homes and vehicles.