The carmaker is saying its cars are safe, and is trying to increase its efficiency. 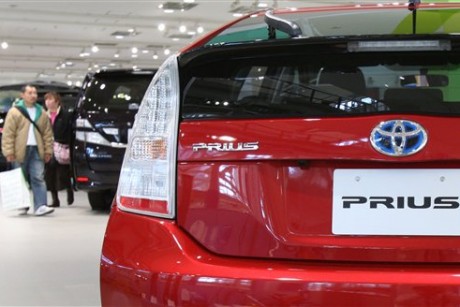 Although Toyota took a decade longer than its rival due to cost, size, and safety concerns, lithium-ion batteries have recently come under attack for being unstable and lighting on fire (particularly when used with Samsung’s Galaxy Note 7 phones). Toyota claimed that it preferred Ni-Mh batteries because they were safer, even though they were increasingly less efficient given new designs in automotive technology.

Now Toyota says that its Prius Prime, an impending plug-in electric version of its gasoline hybrid of the same name, will use lithium-ion batteries with enough juice to push the car to 37.3 mph when fully charged before the gasoline engine takes effect. It will be listed as having an electric mode range of 25 miles in the United States due to the different ways the country measures those figures.

In order to make the batteries safer, Toyota worked with Panasonic to make sure the clean rooms where semiconductors are manufactured significantly reduced the number of imperfections and impurities in battery cells. They also created a sophisticated system for monitoring the health of individual battery cells, with its temperature, charge level, and short-circuit warning being regularly monitored and defective units being turned off on their own without impacting the rest of the battery.

Although Toyota hasn’t announced any more ambitious plans yet for its lithium-ion battery technology, observers note that it could be the first-step toward an all-electric Prius.