Toyota, like other major automakers, is preparing for a future in which robotic vehicles take over driving duties from fallible humans in hopes of reducing, if not all together eliminating, traffic accidents and fatalities.

Before that happens there’s substantial development work needed on the technology side. A tremendous amount of on-road and virtual testing also needs to be done to ensure automated driving systems are sufficiently reliable, Akio Toyoda, Toyoda’s president and grandson of the carmaker’s founder, said at the Paris Motor Show last week. 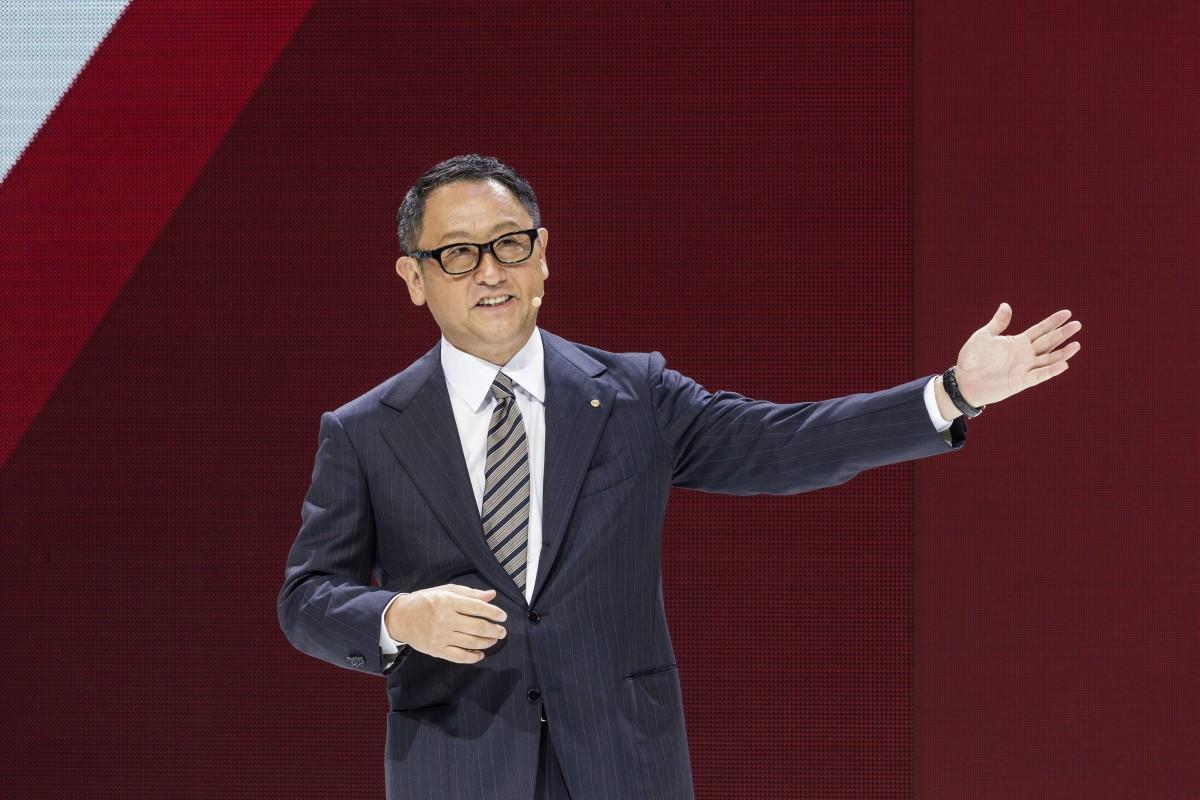 “TRI is bringing to life Toyota’s vision of autonomous driving, which follows a double approach. The first type of application is ‘Chauffeur Mode,’ where the car is fully autonomous,” Toyoda said in remarks at the company’s Paris press conference. “It has the potential to offer mobility to those who would not otherwise have it, such as older people and those with special needs. In order to accomplish this safely, it is estimated that some 14.2 billion kilometers (8.8 billion miles) of testing, including simulation, are required.”

Toyota is also working on an additional automated feature it calls “Guardian Mode,” Toyoda said in a statement. “This technology is a further evolution of current safety mechanisms such as Toyota Safety Sense, and is designed to support the driver as necessary, even taking over the car in certain circumstances.” He didn’t provide timing for the introduction of either driving mode.

Along with Toyota, carmakers and tech companies including Nissan, General Motors, Ford, Google, Audi, Tesla, Baidu and Uber, are all running tests of cars outfitted with advanced LiDAR, radar and camera-based sensors to map surroundings and road conditions. Test vehicles also use compact supercomputers and ever-better artificial intelligence to guide maneuver through city streets and highways.

Google, which has been testing automated vehicles for at least six years, has logged about 2 million automated test miles with its fleet of nearly 60 driverless vehicles. Still, the company after popularizing the technology with the public and media has yet to disclose when and how it will introduce self-driving vehicles.

Tesla already offers a semi-autonomous driving feature, Autopilot, which the company just upgraded last month. That action happened in the wake of a fatal accident in May when the driver of a Model S who was using Autopilot died when both he and the system failed to detect a truck that was crossing in front of it on a Florida highway. A second fatality, also potentially involving Autopilot, occurred in China in January.

“Even once the software is highly refined and far better than the average human driver, there will still be a significant time gap, varying widely by jurisdiction, before true self-driving is approved by regulators,” Musk wrote in a blog post. “We expect that worldwide regulatory approval will require something on the order of 6 billion miles (10 billion km). Current fleet learning is happening at just over 3 million miles (5 million km) per day.”

Even so, he defended Tesla’s decision to roll out semi-autonomous technology as quickly as possible. “The most important reason is that, when used correctly, it is already significantly safer than a person driving by themselves and it would therefore be morally reprehensible to delay release simply for fear of bad press or some mercantile calculation of legal liability,” Musk said.

TRI CEO Pratt has laid down his own testing target for self-driving cars, and it goes much, much further than those of Musk and his boss Toyoda.

“Up to now, our industry has measured on-road reliability of autonomous vehicles in the millions of miles, which is impressive,” Pratt said at the Consumer Electronics Show in Las Vegas last January. “To achieve full autonomy we actually need reliability that’s a million times better. We need trillion-mile reliability.”