Toyota’s Highlander Hybrid A Road-Trip Beauty For All Seasons 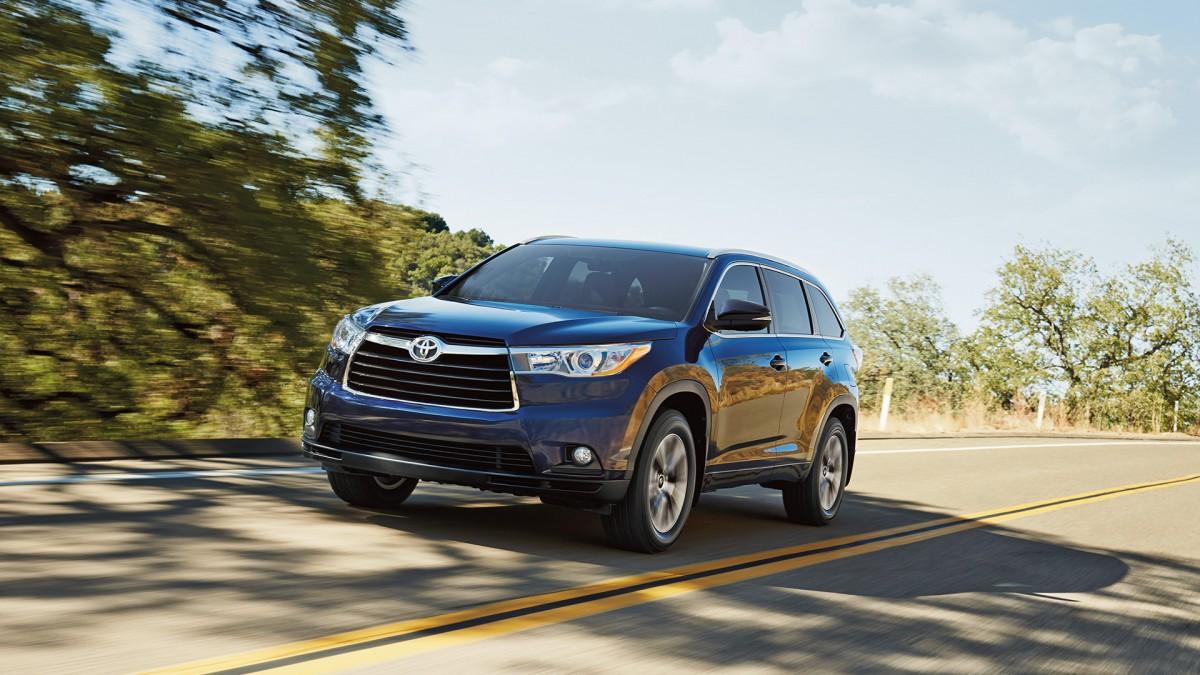 The 2016 Toyota Highlander Hybrid is beiung replaced by a redesigned 2017 model. But we gave it a last shakedown and recommend it in the used market or as a sell-down leftover before the new ones arrive.

There are times when a car is so reliably bland in its curb appeal that we take it for granted, even ignore it, though we privately admire how rock steady it is year after year. Meet the Toyota Highlander, which is quite possibly the best road-trip car you will find for a family without resorting to the dreaded (for many) “M” word. Minivan.

The Highlander debuted in the U.S. in early 2001, just when the U.S. was reeling from its first genuinely contested Presidential election in forty years. So, its arrival, before George W. Bush was sworn in, was somewhat overshadowed. It became the first mid-sized crossover based on a car platform. That doesn’t sound like a big deal now, but in 2001 truck-based SUVs were under a cloud of suspicion for safety reasons after the giant Ford Explorer recall involving exploding tires and the assertions that SUV adapted from truck chassis were inherently more prone to rollover than passenger cars or unibody-based SUVs.

This Fall, Toyota will introduce a substantially refreshed Highlander. But before we put that one through the paces, I was offered a test of the outgoing 2016 Highlander Hybrid. And put it through the road paces we did, driving this kid and dog hauler from Michigan to the Outer Banks of North Carolina and back. So close to the new Highlander debuting in dealerships, I felt like the outgoing Highlander Hybrid was an aging actor coming back to play the lead in one last performance before the show he originated closes –just to show he’s still got chops. 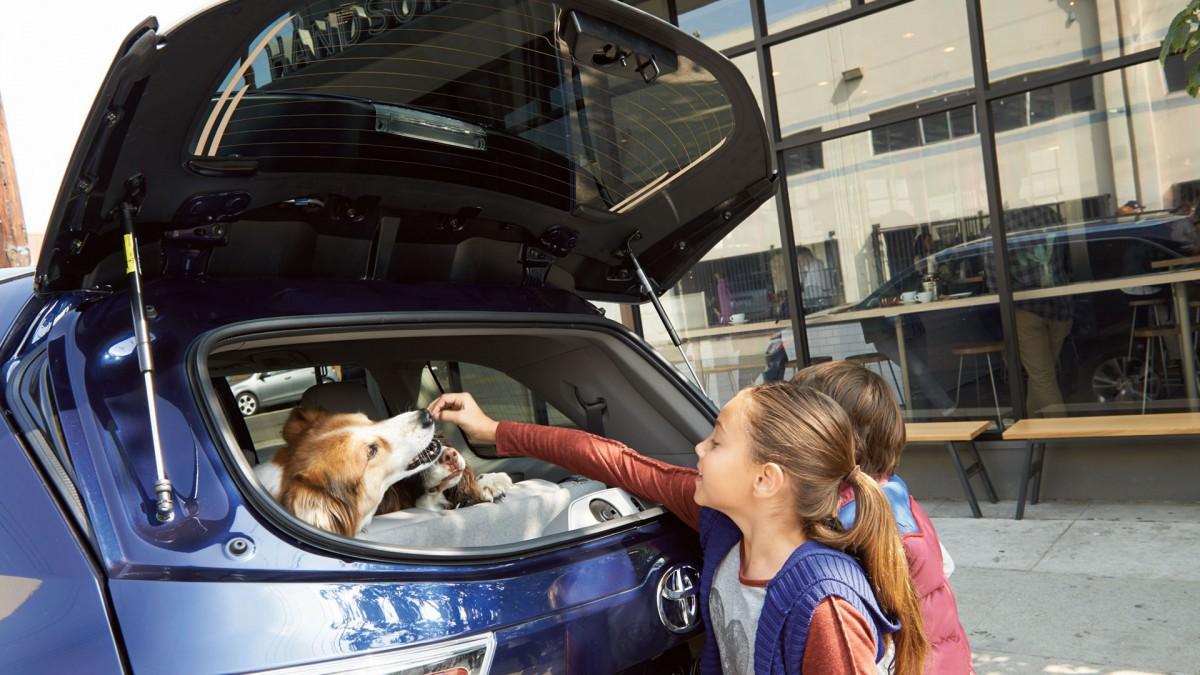 The Highlander Hybrid is kid and dog friendly

The Hybrid, is in fact, not such an old actor, introduced just two years ago as a derivative, and to see how much reception Toyota’s well-crafted hybrid technology would get in the SUV spaces while gas is still pretty solidly below $3.00 per gallon.

First, the Highlander Hybrid is the only mid-sized SUV to even offer a hybrid powertrain. Why? Because most carmakers believe that hybrid powertrains are best deployed on passenger cars, or in compact crossovers, where the boost in fuel economy is much more noticeable. Take the difference between the Toyota Corolla (35 mpg) and the Toyota Prius (52 mpg). The Prius gives Toyota bragging rights, and bests the Corolla’s thriftiness by 48%. The conventional all-wheel-drive Highlander gets a thirsty 20 mpg, while Highlander Hybrid scores 28 mpg. That’s still a 40% improvement over the conventional version, but the low numbers struggle for a headline.

In our trip, which was mostly highway mileage, except for the crawl from I-95 to the Outer Banks via inner roads through Norfolk, Virginia and then over the causeway to the islands where Wilbur and Orville Wright successfully got their first plane to fly, we achieved 30.8 mpg. That’s better than the EPA certified number. My passenger co-pilot, all of 14, was tracking this meticulously. “Just how green is this machine,” he asked.

For a car this capable, handy, roomy and comfortable, almost 31 mpg is darn good. Chalk another victory up to the chops of Toyota’s hybrid engineers.

The Highlander Limited can seat eight passengers when equipped with the available second-row bench seat. Available features include Toyota’s “Driver Easy Speak” feature, which amplifies the driver’s voice through the rear-seat speakers for easy communication with passengers in the 3rd row, as well as a BlueRay entertainment system. With just two of us, we didn’t make much use of the third row. But I made the 14-year old and his teenage cousin sit back there to test the comfort. The verdict: Meh. They both voted that it would be much better to put the ten-year old cousin back there.

For those seeking the Highlander Hybrid in the used market after this year, V6 Highlanders now come standard with a towing package that includes upgraded engine-cooling systems.

First and foremost, the fuel economy combined with the luxury feel of the car is what makes it an excellent trip car. And it should feel luxurious. The Highlander Limited Hybrid tips the financial scales at $52,105 for the version I tested. That is solid luxury territory, almost even with the starting price of a BMW X5 and Audi Q7. While this fully loaded Highlander Hybrid doesn’t have Even-Steven Hybrid rivals, one could also compare with it with a pretty loaded GMC Acadia, which has a better third row seat and will clock in almost $10K less. It is, in fact, tough to make a comparison with the Highlander Hybrid. It’s a bit of a unicorn.

This hybrid hauler excels in versatility and cargo handiness.Thoughtful small-items storage areas abound, and the cargo space behind the 3rd-row seat is among the best in the class. There is a huge console storage between the front two seats, along with the top flat surface where someone can lay their handbag without it getting in the way. The better option is to use the giant cubby to hold the handbag, clipboard, planner or even laptop, but the cargo-hold may already be full of other trip gear like lunches, which ours was. There is a perfectly designed shelf beneath the climate-control center that was also ideal for holding my glasses (as I was wearing a separate paid of prescription shades,) my wallet and phone, while leaving cupholders blissfully free for the many Starbucks SBUX +0.35% cups we filled on the trip.

Toyota designers and product planners have gotten to be first-class at designing every aspect of cars, especially family cars like the Sienna minivan and Highlander, for everyday family use, thinking of all the different scenarios. In the last two decades, they have been as dogged as any company, studying how families use their vehicles when they roll into a Disney or Cedar Fair Amusement parking lot. A panoramic power moonroof, for example, extends fully over the second row, so those in the third row can enjoy the light. But if the passengers in the back are watching a show on the BlueRay, you can have the sunshade block the light. Smart stuff. Furthermore, integrated window shades also give movie watchers better visibility.

Arriving at OBX in one piece was very important to me. Safety features in this loaded Highlander included cross-traffic alert and a blind spot monitor. Automatic high beams lights get bright when you need them, and then automatically dim to normal when the car’s sensors pick up another car approaching. The pre collision system prevents accidents by warning audibly, assisting the brakes when you apply them, and automatically engaging the brakes if you still haven’t slowed down enough to avoid hitting something. I did not that try that system out, but have plenty of faith it would come through as I have tested the system in a controlled setting before.

The seats provide heat and cooling air on the tush. As it was summer, we only tried out the latter, and it was a relief after hours of butt time on the highway.

As the new Highlander, which packs more power under the hood and a new front-end grille and fascia, hits showrooms, families should take a hard look at the outgoing model too, or in the used market. Values should be good with a new design coming on line. Highlander Hybrid feels like luxury if you don’t look too hard at the Toyota logo on the grille or the steering wheel; a reliable, if unsexy, trip car and go-anywhere, right-sized option, especially if there are some kids under 12 who can migrate to the back row when needed.