Traditionally, in crash tests vehicle collisions are conducted in a straight line, however, Toyota has now come up with a new crash test format. Termed as the Oblique Crash Test, the object impacting the vehicle in this test is set at an angle. To demonstrate this format, Toyota used the latest-gen Prius which absorbed a large amount of impact to help protect the occupants, thanks to its collision-absorbing body structure. 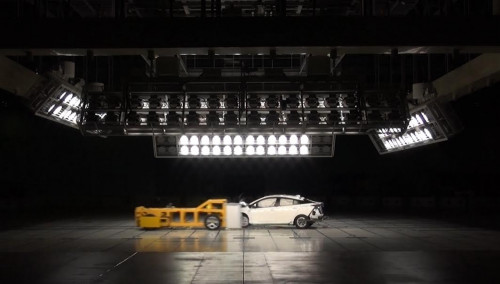 The safety features of the hybrid’s electrical components were also in place to ensure that electrical shocks are prevented. This is down to their layout, insulation and by cutting off electric supply in a crash. The latest-gen Prius has been conceived using the Toyota New Global Architecture which helps the brand build cars using standardised platforms, powertrains and major components. With TNGA architecture, Toyota says it needs only five core platforms to develop a range of body styles right from a small sports car to an SUV. 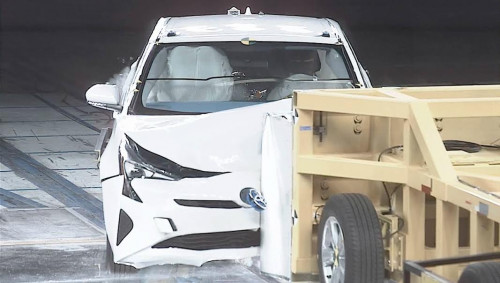 The TNGA structure also allows for low-stance designs, giving the vehicles a lower centre of gravity and thereby better handling and stability. The high strength steel in the Prius allows it to have a 60 per cent more rigid body shell compared to before. It’s no surprise then that the new Prius fared well in the new crash test format set by Toyota.