Toyota C-HR, the much anticipated compact crossover-SUV from the Japanese auto giant, was recently spotted testing in Europe. The test mule was seen without any camouflage in a blue and black dual tone colour. Slated for a year-end launch in the European markets, the all-new Toyota C-HR crossover-SUV comes with a bold design language and futuristic styling. There is no word on whether the car will come to India or not, but, if Toyota considers it, the car will reach our shores only in 2018. 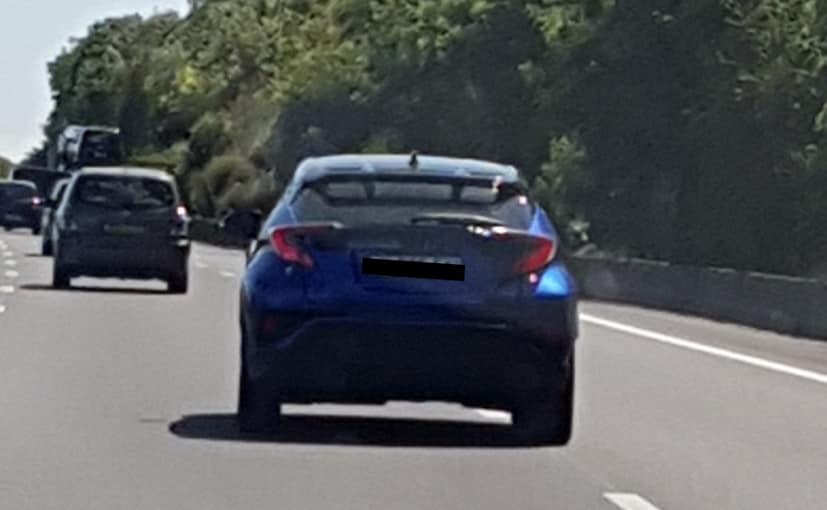 The compact crossover-SUV segment has been creating a lot of ripples in India and several other international markets and Toyota is planning to enter the space with the new C-HR. We first saw the C-HR in its concept form at the 2014 Paris Motor Show and a couple of years later in its production guise at the 2016 Geneva Motor Show. 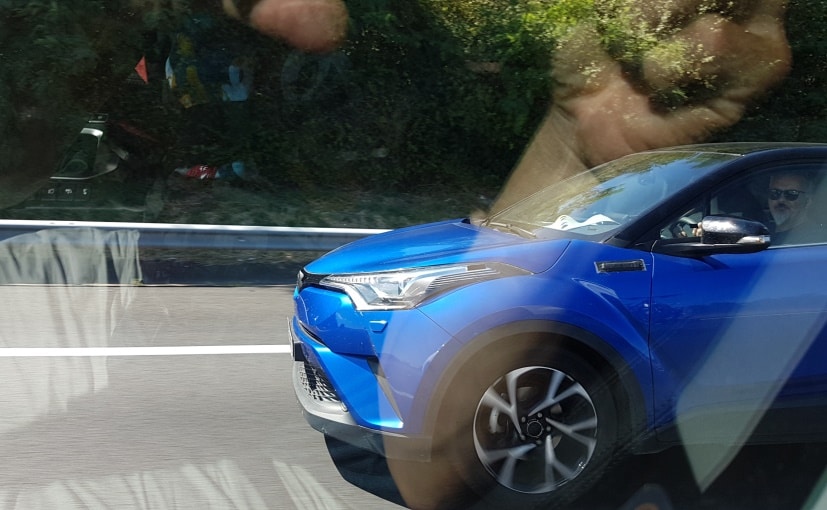 In terms of design, Toyota has taken a very futuristic approach that looks radically different from the car maker’s conventional design language. The car gets a brawny front that is accentuated by the sharp LED headlamps design, muscular lines on the bonnet and an aggressive front bumper that feature a wide central air dam, sharp air intakes and small LED fog lamps. The angular lines have been carried over to the side profile as well, which comes with flared wheel arches underbody plastic cladding, coupe-like slopping roof and sporty alloy wheels. 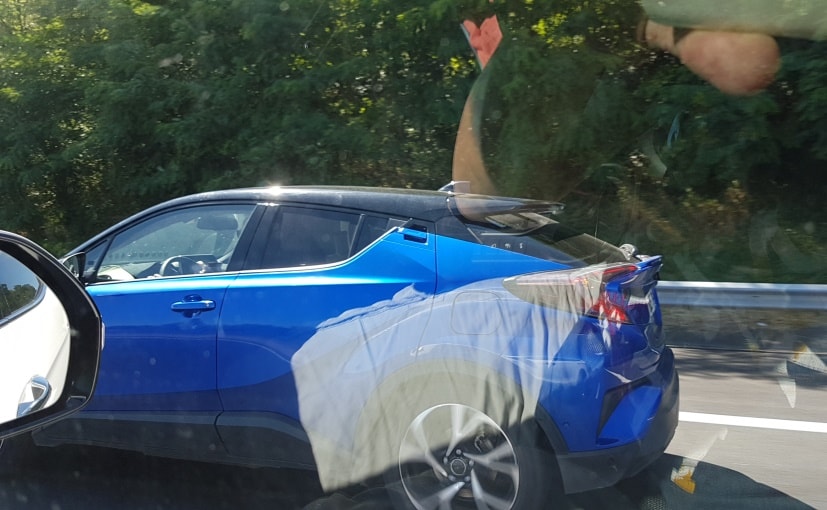 The rear profile carries the same futuristic design with a nice sharp tail, well-sculpted hatch door, and angular wraparound tail lamps. There is also a spoiler attached to the end of the roof and the beefy rear bumper comes with a large plastic cladding and faux skid plate. From the Indian perspective, it isn’t sub-compact as it measures in at 4360mm in length while offering a wheelbase of 2640mm. Toyota says that there is 370-litres of boot space with the rear seats in place and that’s more than what the Innova offers in India. 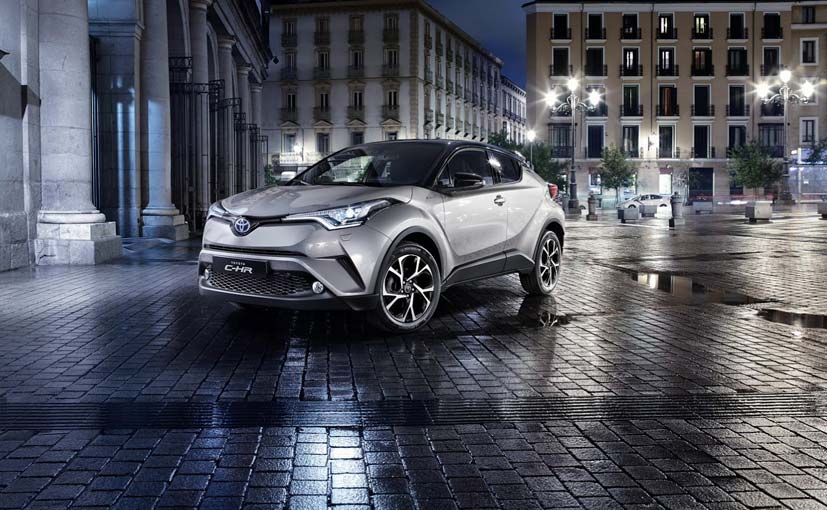 The cabin too picks up from the ‘futuristic’ tag and the CH-R’s asymmetrical dashboard has a simple and uncluttered layout. There’s a large 8-inch touch-screen featuring a redesigned and improved HMI (Human Machine Interface) with Toyota’s Multi-Media navigation platform and enhanced connected services.