New Toyota Supra may get a twin-turbo Lexus V6 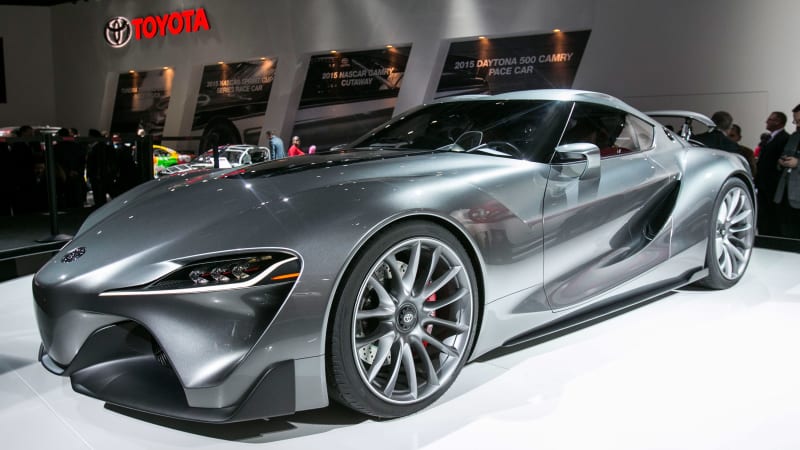 We’ve heard endless rumors that a successor to the much loved and much missed Toyota Supra is in the works. Toyota hasn’t done much to deny these conversations. On the contrary, the FT-1 concept from two years ago and the partnership with BMW have only fueled the fire. Now, talk of a new Lexus engine has led to speculation about the supposed Supra’s powertrain.

To be clear, this is mostly heresay. Few things have actually been confirmed, but based on what we know a few conclusions can be drawn. We know that BMW and Toyota are working on a joint product. We’ve seenmules testing out in the wild. In BMW guise, the possibly Austrian-built car will more than likely powered by turbocharged inline four and six-cylinder engines. Unless Toyota wants to use Bimmer power, they’ll need to shoehorn one of their own under the hood.

That leads us to this rumor of a twin-turbocharged V6 that will presumably power the new Lexus GS and LS. Japanese automotive publication Mag-X first reported on this engine. It was then picked up by YouWheel andCar Keys. Mag-X cites Toyota insiders and even gives an engine code, 943F. This engine allegedly will make more than 400 horsepower and more than 300 lb-ft of torque.

While unconfirmed, this makes sense for Lexus. Nearly every luxury competitor has a six-cylinder engine with forced induction. While Toyota has previously had turbocharged inline-sixes, they’ve never produced a factory turbo V6. Every automaker is downsizing engines in an effort to meet fuel economy and emissions regulations. Toyota and Lexus will follow suit. Taking that V6 and tuning it for a performance application is a solid, if unverified, possibility.