It’s tough to stand out in the compact crossover class. Every automaker has one, or more, and they’re all very much alike.

As a car shopper, it’s also hard for things to go horribly, or even slightly wrong. Competition has improved the breed. There are more good ones than bad ones these days, and they differ about as much as NASCAR cars do.

But there is one that is unlike the others. 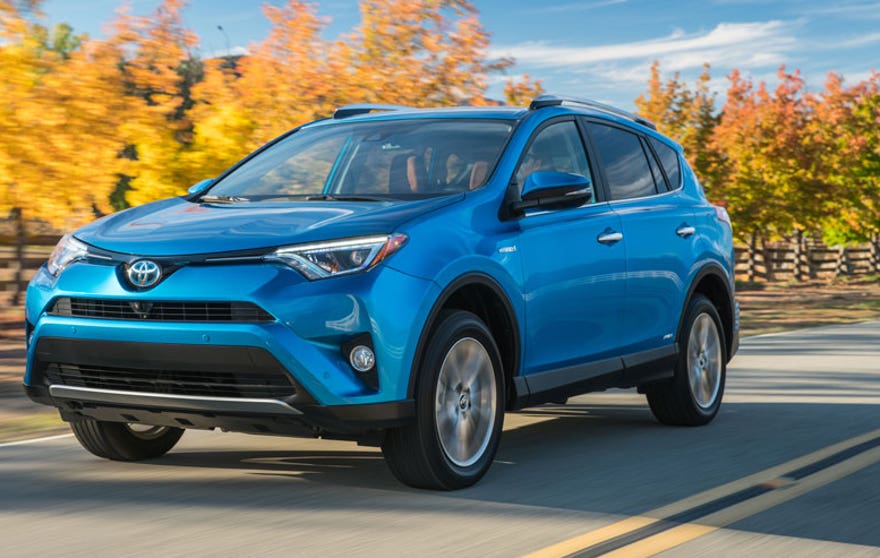 The Toyota Rav4 Hybrid is everything Toyota does best, distilled into a single vehicle. It’s roomy like a Camry, hauls a lot of stuff like a Tacoma or Sienna, and is efficient like a Prius. How efficient? Its EPA rating is 33 mpg combined. That’s tops not only among SUVs (tied with its Lexus NX 300h AWD fraternal twin), but also among all-wheel-drive vehicles. At least the ones you don’t plug in. 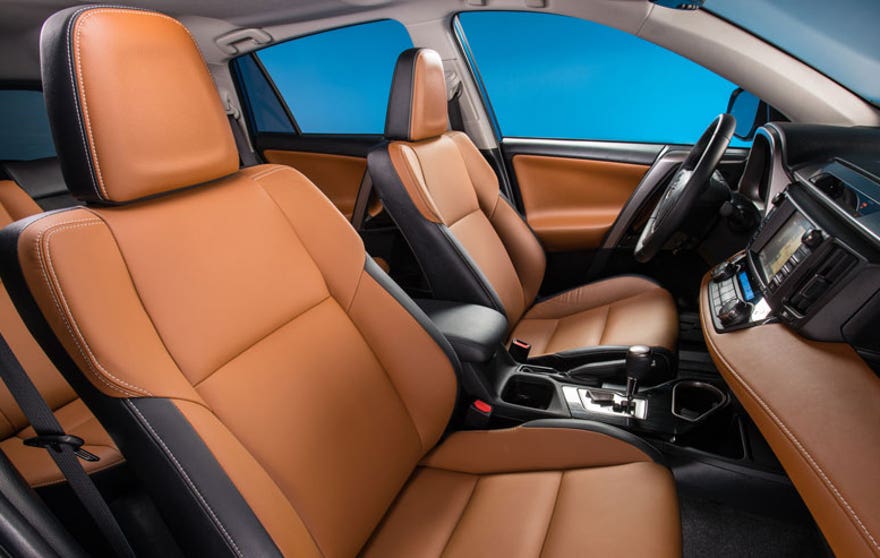 The Rav4 Hybrid is actually half an electric car. The rear wheels are driven by an electric motor that’s not mechanically connected to the four-cylinder engine, second electric motor and CVT transmission that are tucked under the hood. Everything is synchronized through computer magic. 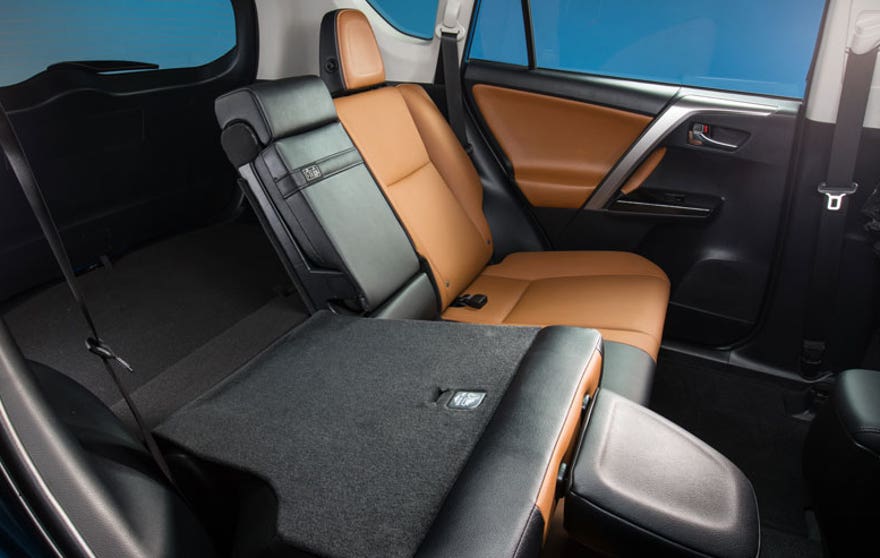 With a total of 194 hp and 206 lb-ft, the hybrid is also the most powerful Rav4, which makes up for the couple of hundred pounds of extra equipment it’s lugging around. Included in that is its battery pack, which is located below and behind the rear seats and creates a small bump in the cargo area floor. Since the Rav4 is enormous back there, the 2.8 cubic-foot loss isn’t as big a deal as the loss of a flat load floor.

If that’s an issue, you can always get a trailer. Thanks to its added pulling power, the Rav4 Hybrid has a 1,750-pound tow rating, which is 250 pounds more than the conventional version’s. Otherwise, the two are pretty much the same, except for the price.

Starting at $29,395, the hybrid is offered only in mid- and top-level XLE and Limited trims and comes at a $2,100 premium. That’s typical for the electrified version of any vehicle. The difference here is that it saves so much fuel that average drivers can make that back in about six years, or less if gas prices continue to go up, or if they drive it more than 15,000 miles annually. More power, a lot less fuel? What kind of wizardry is this?

The best kind. Despite the technology stuffed into it, there’s nothing wonky about the driving experience. As with most all-wheel-drive vehicles, the Rav4 Hybrid is driven only by its front wheels most of the time. But when that rear motor kicks in, you’re none the wiser. It may even be smoother than an all-mechanical arrangement. It’s also as milquetoast an experience as driving any other Rav4.

Toyota played it safe in the styling department, too, adding only the requisite “Hybrid” badges. But the update the entire Rav4 lineup received this year suits it well. The narrow LED-ringed headlights give it the look of a space buggy, especially when painted Electric Storm Blue.

Even if it doesn’t.