The 2016 Toyota Prius: Remaking an Icon 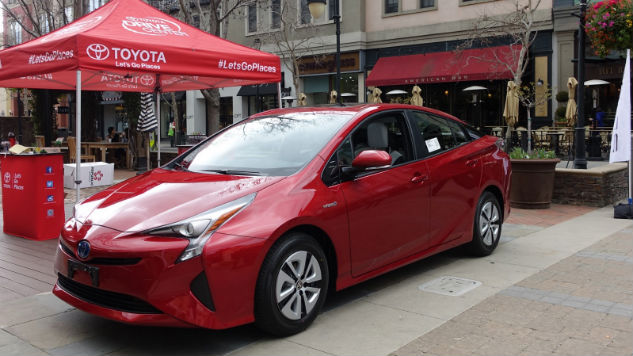 If you say hybrid, most people will just assume you mean Prius, a testament to the success of Toyota’s investment in the eco-friendly car tech. Designed from the ground up as a hybrid, which incidentally is the only configuration for the car, the Prius initially debuted in Japan in 1997, and Toyota has moved over six million of its hybrid electric automobile worldwide by 2014.

Once the darling inside celebrity circles and among hipsters, Toyota is finding it more challenging to grow sales of Prius. Lower gas prices and more trendy all-electric vehicles delivered by Tesla are nibbling away at Prius sales. In fact, in 2014, despite a 12.7% jump in US sales at Toyota, it’s estimated that Prius experienced a sales decline of 11.5% from the prior year. But even with competition from the all-electric camp, the humble Prius still outsold the Nissan Leaf by a factor of seven.

So how does Toyota reinvent the Prius to satisfy the needs of a younger, tech-savvier generation?

The Prius’s claim to fame is its fuel economy, an important consideration in 1997. But when modern vehicles start achieving over 40 miles per gallon, consumers aren’t looking at pure gas mileage numbers anymore, admits Toyota Motor Sales Customer Services Operations Manager Steve Waddell during a lunch interview. Instead, they begin to look at body design and other features.

To satiate the need for a trendier ride, the 2016 Prius debuted with a radically redesigned body style. Gone are the bulbous egg-shaped curves that have been a mainstay of the car’s design since the second generation model. This year, Toyota embraced a sportier look, with sweeping lines and angles, making the Prius look more like a sports sedan than a hatchback.

“Efficiency and utility have not been sacrificed to achieve the new styling and driving dynamics,” said Dave Lee, Product Education Specialist for Toyota Motor Sales. The 2016 model is built on top of a new chassis that’s 60% stiffer and lower to the ground, allowing it to hug curves and turns better in our limited test drive with the Model 4.

“We feel that the styling reflects the new Prius’ driving capabilities and that it still maintains a good bit of Prius DNA in its styling,” Lee added. The result of this new design is that Toyota is now able to add independent rear suspension and sports-tune the suspension for better handling. A stiffer chassis also helps reduce cabin noise for an even more quiet driving experience.

Now, the hybrid battery is located under the rear seat, rather than inside the trunk. This has two effects. First, it reduces the car’s center of gravity, allowing the Prius to have more sporty handling. Second, it also opens up the trunk space. If you’re in Northern California, one of the markets where Prius sales are leading, and take frequent jaunts to wine country, more cargo room means the 2016 Prius can cart more cases wine than older models. 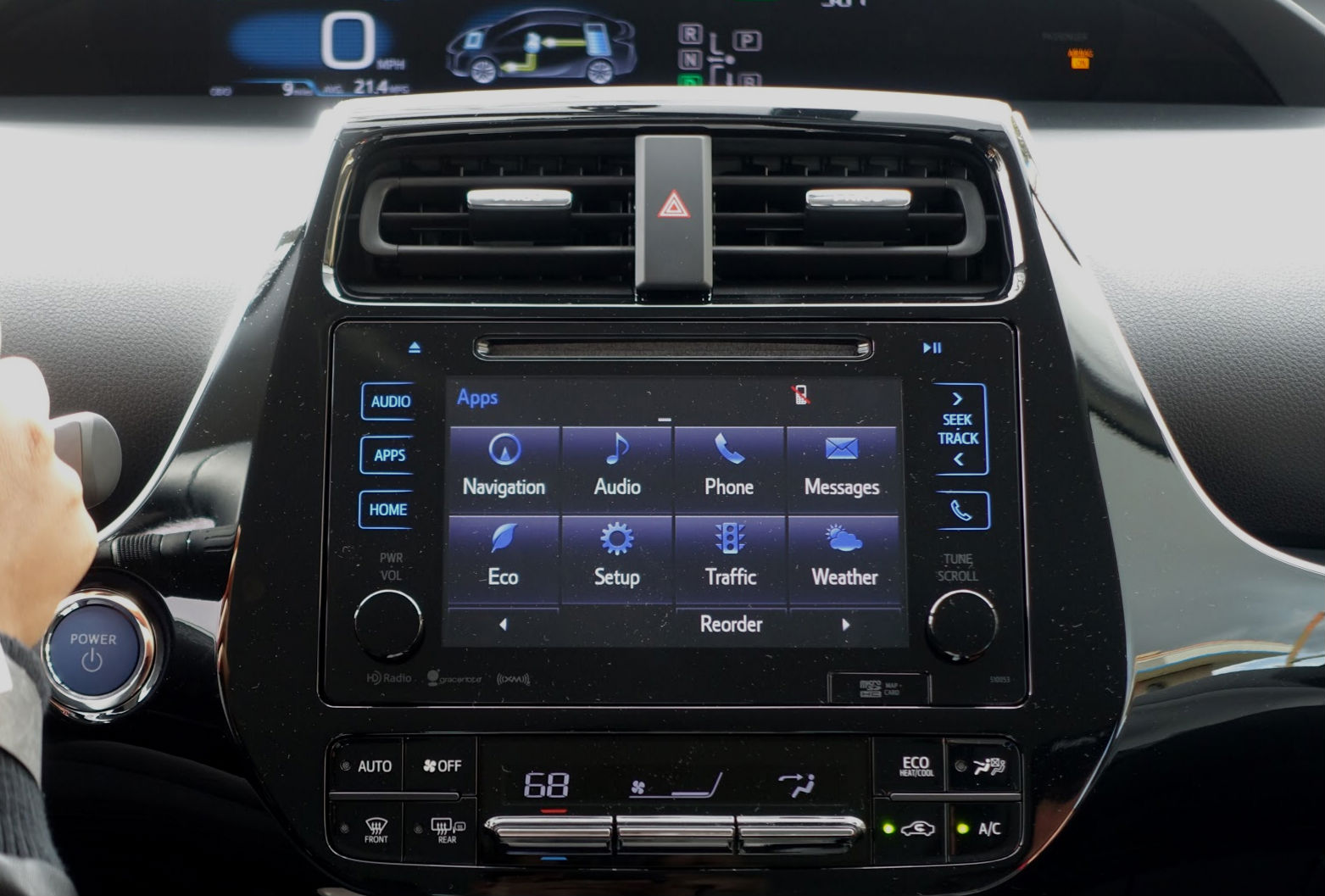 Despite making big bets with its car technology, Toyota remains one of the more conservative auto manufacturers when it comes to mobile integration. At a time when rival Volvo has announced plans to replace keys with smartphones, the only mobile integration that Toyota announced with the new Prius is optional Qi wireless charging that can be integrated into the car, allowing smartphone owners to set their phones on top of a tray to recharge without the need to plug in any cables or wires.

Toyota has largely shied away from in-dash technologies, like Apple’s CarPlay and Google’s Android Auto.

“Toyota is always thoughtful when introducing new in-cabin technologies,” Lee explained. “We study the appeal of the various types of technologies and interfaces for effectiveness when in use. Driver distraction is important to Toyota, and reducing this condition is always a high priority when evaluating various technologies.”

Instead of relying on mobile companies like Apple and Google to outfit the Prius’s dash, Toyota went with its own Entune system. To bring more modern appeal to the dash, Toyota abandoned the 1980s-styled LED display, showing blocky numbers, with a modern LCD panel.

“By changing the instrument display to a Thin-film Transistor type, we can color code the display to make the various displays easier to read by the driver,” Lee said, noting that the LCD panel provides more information to the driver than the old LED system. “The overall resolution of the display is also enhanced for easier use by drivers.”

Despite its more reserved adoption of new technology, the Prius has served as a platform for Toyota to unveil its latest innovations, such as Toyota’s most recognized technology, Hybrid Synergy Drive. The Prius brought regenerative braking, enhanced electric power steering, drive-by-wire gear shift technology and a gas engine that operated on an Atkinson Cycle to the US market through various generations of the Prius.

This year, the Prius continues to innovate in smarter ways, like an advance climate control engine and a refined gas engine that Lee said is up to 40% more thermally efficient, “the best in the Toyota lineup.”

The occupant-sensing climate control system allows the 2016 Prius to be more efficient. “By powering the compressor electrically, we can better control output—enhancing efficiency when a smaller output is required,” Lee said of the car’s air conditioning system. “The new Prius takes these technologies to a new level with the ability to tailor the output of the A/C system based on the occupancy of the front passenger seat. If no occupant is noted by the weight sensing assembly, the system will close air flow to the passenger side registers and focus output on the driver side for enhanced system performance for the driver. Likewise, if a front passenger is detected, the system will open the airflow up to the passenger side of the vehicle to enhance the performance of the system for the front passenger.”

The Prius can similarly tune the A/C output to rear passengers, but instead of weight sensors, the car has sensors in the rear door to detect

The Future of the Prius 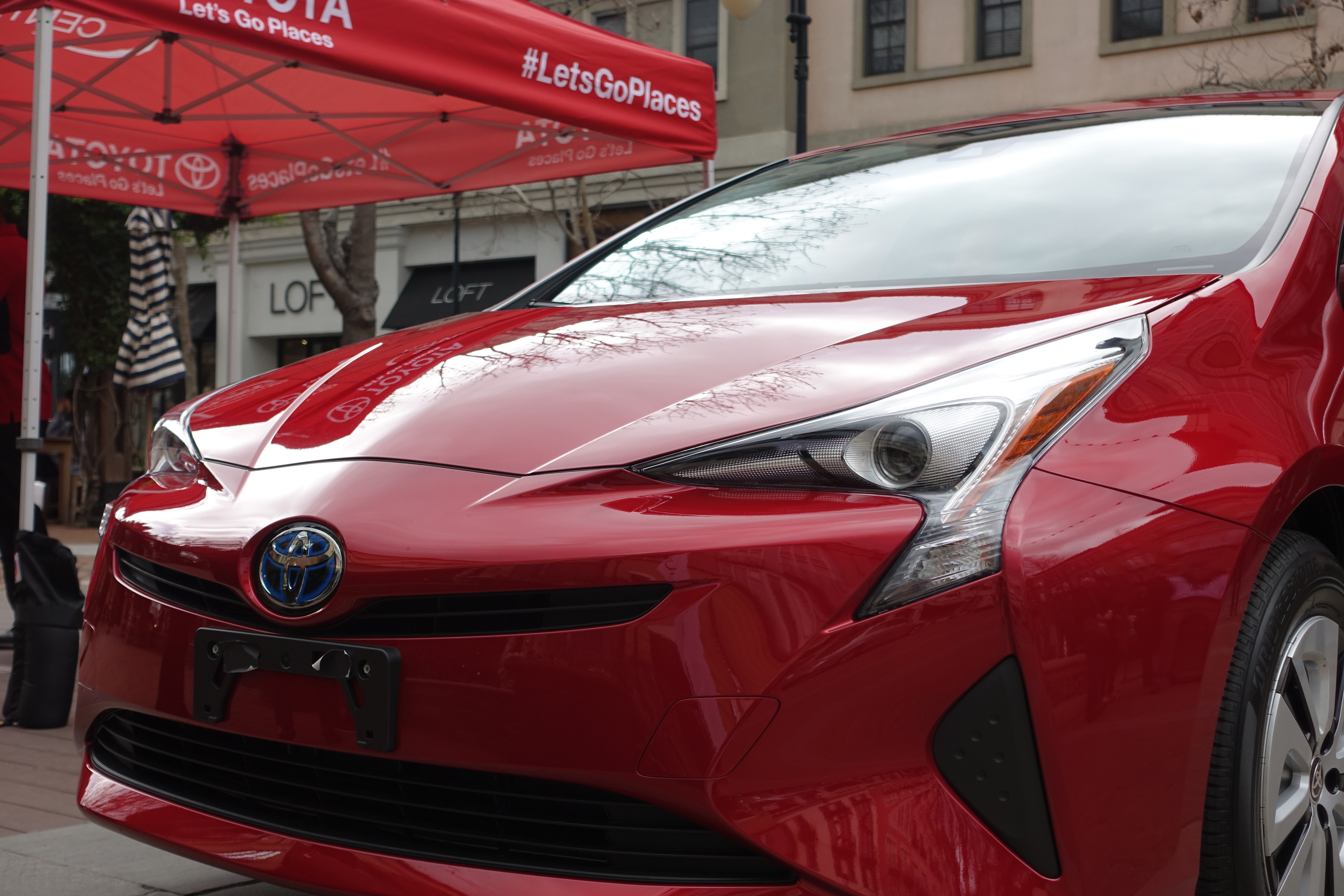 Given its hub as a technology showcase for Toyota, the staying power of Prius and its hybrid electric powertrain is a testament to how beloved the brand is.

With improvements to hybrid technology—the 2016 Prius is capable of achieving a city fuel economy of 58 miles per gallon—Toyota said it remains committed to the technology in the long-term, and “that additional models using a hybrid powertrain would be appropriate.” In essence, the Prius won’t be going away anytime in the foreseeable future, despite stiffening competition from Tesla’s more affordable $35,000 Model 3.

Toyota is also investing in other forms of clean energy, like hydrogen fuel cells in the Mirai. The strategy, according to Lee, allows consumers to choose which technology is best for them based on availability and price of the energy sources in local areas.

“Looking to the future, Toyota will continue to do research and development on current and new power trains—continuing to strive to produce ecologically sound and safe vehicles for future drivers,” Lee said.