A petrol-electric version of Toyota’s first compact SUV could be the next hybrid confirmed to head Down Under as Toyota Australia rummages around in the Japanese giant’s global hybrid line-up.

Toyota has confirmed the C-HR city-crossover will go on sale here early next year, powered by the new 85kW/185Nm 1.2-litre turbo-petrol engine first seen in Europe’s Auris (Corolla hatch). It will be available with six-speed manual and CVT auto transmissions, the latter potentially with all-wheel drive.

Measuring 4350mm long, it will be positioned beneath the $27,990-plus RAV4 in terms of both price and size, with pricing expected to start in the low $20,000s to compete with Mazda’s popular CX-3 in the burgeoning small SUV segment.

Before this week’s launch of the fourth-generation Prius, Toyota Australia confirmed its next electrified model will be the Corolla Hybrid, which arrives in showrooms mid-year.

Like the hybrid Corolla, the C-HR – which will be produced in Turkey for European markets, alongside a 2.0-litre CVT model – is powered by the same new 90kW 1.8-litre petrol-electric system seen in the latest Prius.

Toyota Australia’s most senior product planner, Mark Dobson, told motoring.com.au at the Prius launch that the hybrid version of the C-HR, which will come to Australia from Japan, was under study for the local market.

Asked if the C-HR hybrid, which was revealed at last week’s Geneva motor show, was heading Down Under, Dobson said: “Not at the start. We’re going to get the 1.2 turbo.

“[But] Yes, that’s something that we’ll definitely have a look at. It’s not locked away so it’s not available to us yet. We have to work out … is there a product available and is there a market available?” 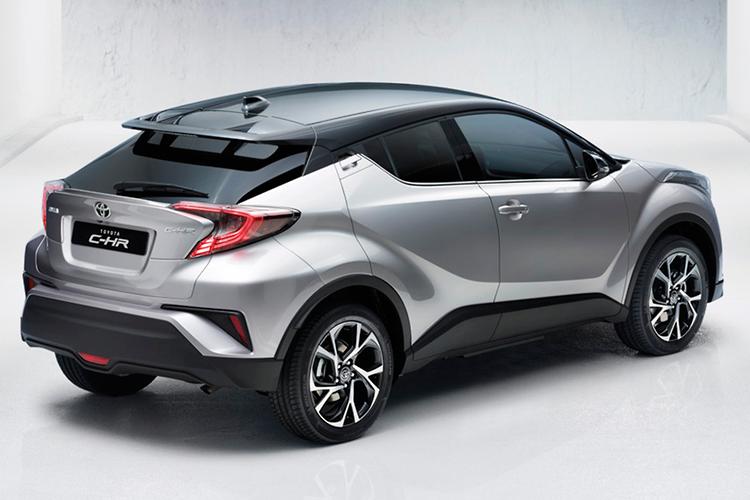 Dobson wouldn’t say how soon after the launch of the C-HR 1.2 the hybrid version could potentially be on sale here, but it could be in local showrooms by the end of 2017.

“We’d really like to see the take-up of the car and get the feedback on it, so sometime after the launch we’ll get data on it – that’s what we try and do. I don’t think anyone else has a hybrid in that segment.”

Dobson said the growth of the compact SUV segment – Australia’s fastest growing new vehicle sales sector last year – made it vital to all mainstream brands, even if it was still only a quarter of the size of the small-car market.

“It’s grown really quickly in the last three years or so. Everyone watches the growth segments and says we’ve got to get into these growth segments because they’re growing really fast. What you put in there is based on analysis of what customers want.”

Others remain off-limits to Australia, including the Yaris, RAV4 and Kluger hybrid, which is not produced in right-hand drive.

“There are various hybrids around the world that are available,” said Dobson. “I don’t think there’s any plan for that [Kluger hybrid] to happen in the current generation.”

Some years ago Toyota committed to offering a hybrid version of every model in its range by 2020, then later said that would occur “in the 2020s”.

“In the 2020s they will try to make every segment have a hybrid,” said Dobson. 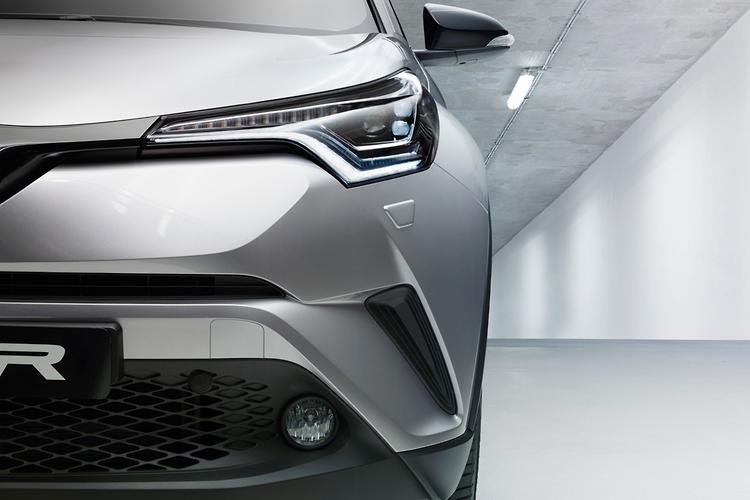 In any case, Dobson said it was unlikely every Toyota model sold in Australia will become available as a hybrid, and that the company will cherry-pick from the petrol-electric vehicles available to it.

“They’ll try to do it in each case [model],” he said. “Toyota Japan globally will produce them in each segment and we’ll look at the applicability for that in our market to see whether it’s worthwhile.

“Australia’s got a uniquely different mix of vehicles than anywhere else in the world because of our environment, the population versus the distances, the mining, the agriculture, the rules, the regulations.

“Everything’s different in Australia in some way, shape or form so therefore we have a different mix of vehicle requirements. That’s why if we were all the same we wouldn’t need all of the product planning and we’d just adopt everything everyone else has, right?”

Dobson said Toyota Australia was not necessarily obliged to deliver its fair share of the 1.5 million hybrids and 30,000 fuel cell vehicles (including the Mirai FCEV, so far sold only in the US, Europe and Japan) its parent company needs to sell annually to reduce its fleet fuel consumption average by 22 per cent between 2010 and 2020.

Further afield is the company’s more ambitious Toyota Environmental Challenge 2050, which aims to eliminate all carbon-dioxide emissions at its factories and reduce its global life-cycle CO2 emissions by 90 per cent by 2050.

“Over the next 35 years the ultimate goal is to eliminate all CO2,” said Toyota Australia executive director of sales and marketing Tony Cramb.

“We haven’t held it [Prius] up as being the final solution, but hybrids offer us a way to a sustainable future. It can also lead us in many directions, such as electric vehicles and fuel-cell vehicles.

“All the technology we’re dealing with in Prius is leading us to find the final solution.”

Asked if a LandCruiser hybrid would ever be viable in Australia if Toyota produced it, Dobson said: “It’s not just a matter of if they make. Is it useful in our market? Will the people who are using the car find it useful? Will it fit their purpose, or if it’s fleet, does it fit their fleet credentials?

“The landscape will change as it has in the past. Cars will come and go based on whatever the changes mean both in terms of societal changes and environmental regulations and so on.

“We’ve got to keep up with all those things and some will be user-based issues and others will be regulatory or environmental.

“Our obligation is try and find cars that suit the customers. Our product planning cycles try to predict what those vehicles are going to be before we get to that point, so we’ve got the car available for those people when the need arises – that’s our whole job.”