Our long-term 2016 Toyota LandCruiser Prado VX was never going to have a cushy life.

There were no casual trips to the shops, leisurely family outings to the zoo or weeks where the car did a school run and little more. TheToyota worked hard.

In our first month of ownership of the $77,990 (plus on-road costs) 2016 Toyota LandCruiser Prado VX we clocked up just under 4000km – about a quarter of what Australian motorists tend to drive each year.

Regular trips from our North Sydney offices to the Blue Mountains for production support started the ball rolling, but a 900km drive south to Melbourne definitely started to stretch the Toyota’s legs.

This is a car synonymous with big country touring and towing, so legging it to Melbourne was a great way to experience the Prado in its element. Videographer (and Prado pilot) Glen noted that the Toyota “didn’t ever feel uncomfortable at any point on the trip, whether in the driver’s seat or as a passenger”.

“I did a couple of trips in the back too and that was also pretty comfortable for a big guy like myself,” said our broad-shouldered videographer. “There is plenty of leg and head room and loads of room in the boot for all our camera equipment.”

Our news-overlord, Mike “the beard” Stevens, was also impressed with the plushness of the Toyota while driving it around Melbourne’s east. “The ride and comfort is great for an SUV that is also a legitimate 4WD, so it’s no surprise the Prado has been the benchmark all these years,” said Mike. “Potholes and corrugations are nothing to this thing, which is handy as a visit to the extended-family requires dealing with a bit of both.” Matt made a similar point in the first update on the Prado, praising the vehicle’s KDSS setup. 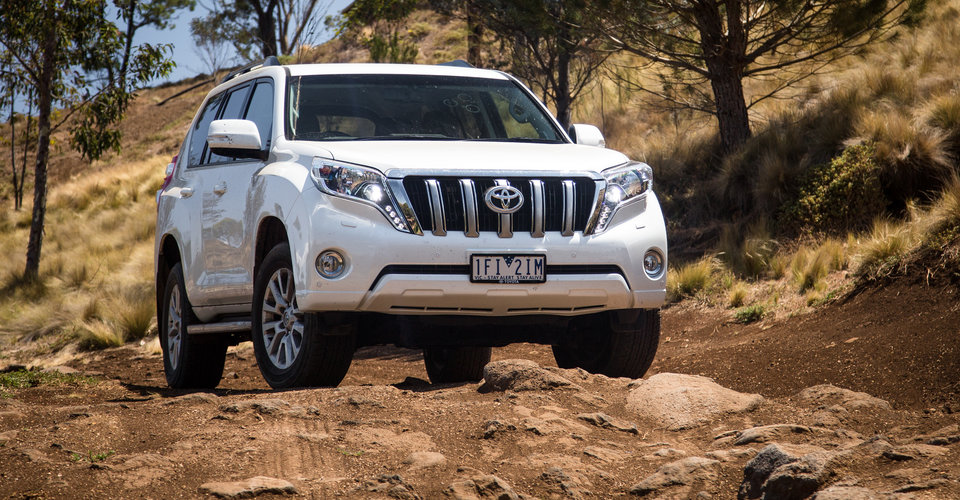 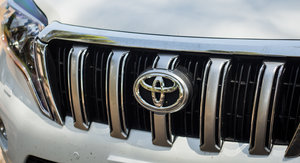 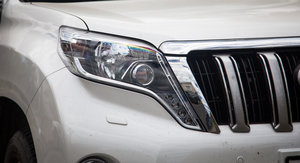 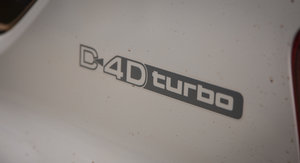 The Prado VX offers the flexibility of seven seats but due to the car being used for production support, Glen said “we didn’t put them to use but being able to be stored flat under the floor makes them great emergency seats without hampering the load bay”.

While many of us in the CarAdvice team joked that the Prado’s grille looks like Bane’s mask, Glen is a fan of the Toyota’s look.

“I think it is one of the better looking big 4WD’s on and off the road. I do prefer a lifting tailgate though, as opposed to the swinging with spare on the back,” he said. It’s a fair point about the wide door. Park in the wrong car spot, and it can make access to the boot quite tricky, and the door itself is hefty and requires some oomph to shut.

Up front, and technology was a key point for most of the drivers. The 2016 Prado isn’t ‘all new’ and that shows in the infotainment system, despite the fact the updated unit is as new a system as Toyota offers.

“On the technology front, the Prado is an old thing – updated or not – and it is particularly evident in terms of the infotainment functions. You do get the things you’d expect: Bluetooth and a digital radio, but it’s showed up by the likes of Ford’s Sync 2 media system in the Everest,” said Mike. 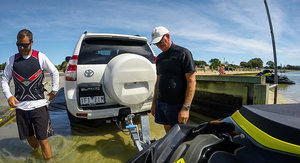 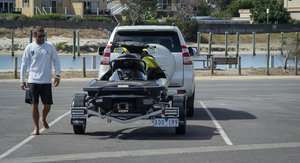 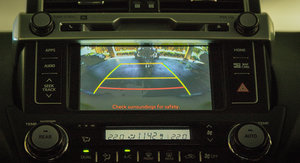 Of course, neither the Toyota nor the Ford offers Apple CarPlay orAndroid Auto – but at least Ford has confirmed it will appear in Sync 3.

Glen also had a few gripes with the media system.

“The navigation is let down by the fact that a new address cannot be entered while driving. At times the passenger in the front seat was trying to put in our destination and change route unsuccessfully until we came to a complete stop,” he said. “Despite this, all Toyota vehicles seem to be the easiest of any manufacturer to pair phones or bluetooth devices with. It is a very straightforward process.” But, again, a process that cannot be done if the car is already moving…

While the Prado was with the Melbourne team, it helped the crew fromBoatAdvice put together a couple of videos featuring a SeaDoo PWC that needed to be towed and launched with the Toyota.

This highlighted a key issue with all our drivers – the reverse-view camera.

BoatAdvice managing editor Steve Lague said: “As a person who tows a lot it was disappointing to find that the camera was positioned so that you could not see the tow ball on the back of the car. This means that when you are backing up to a boat, trailer or caravan you cannot line up the tow ball with the tow hitch on the trailer. It also means that while you can see the trailer as you back toward it when it gets close to the car, and becomes extremely important you know exactly where the tow hitch is, it is blacked out. You still need to have a second person guide you onto the trailer which pretty much eliminates the biggest advantage of the camera from a towing point of view.” 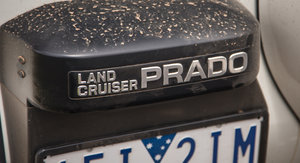 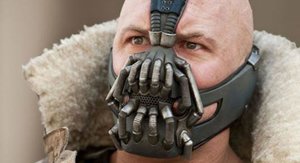 When all hooked up, though, the Prado dealt easily with the small trailer. Both Steve and Glen said that the performance difference was barely noticeable.

With or without the trailer, the Prado impressed on the road.

“This was my first experience with the new 2.8-litre diesel engine, and while I had read how it is a far more refined engine than the 3.0-litre it replaces, when you pressed the starter button there was no doubt it was a diesel, with the trademark clatter,” said Steve.

“The improvement in refinement became far more noticeable under acceleration. The impressive thing for me was that it never became gruff, even at high revs or under heavy acceleration and never felt laborious, in fact it was surprisingly quick to react to any input on the accelerator.”

Mike, too, found the Prado’s 130kW/450Nm four-cylinder engine pleasantly improved. “The new diesel is great, I love it in the HiLux and it’s as much a treat in the Prado. Fairly quiet, as far as diesels go, a good torque spread – especially at launch. The new six-speed auto is likewise a very welcome (and overdue) upgrade.”

The gearbox impressed Glen Steve as well. “The new six-speed auto is a beauty. It is smooth when changing and keeps the SUV in the right gear at all times, even with extra weight on the back.” 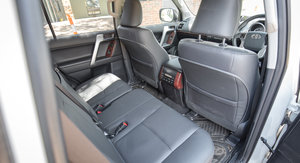 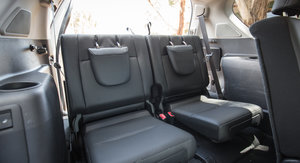 Glen kept an eye on the fuel gauge and the Prado sat around the 10L/100km mark for all its towing and shooting duties. “Fuel economy is pretty good. We drove around Melbourne for the week shooting with BoatAdvice and the fuel gauge didn’t seem to budge. Having the rather large tank (138 litres) and lengthy cruising range (more than 1400km) probably helps with that.”

On the trip back north to Sydney, the Toyota dipped into the high-single figures while on highway cruise – a feat not even deemed possible just a few years ago.

While it was in Melbourne too, we put the Prado through its paces off road with the Ford Everest, where it again impressed both Trent and Paul with the ease of which it dealt with a variety of obstacles. This is a car which has made its mark in the urban-friendly but adventure-capable space, and is still a solid proposition for any buyer.

In our final long-term report, Trent will run through the reasons the Toyota LandCruiser Prado still leads the large SUV sales charts and why he would even consider parking one in his garage.