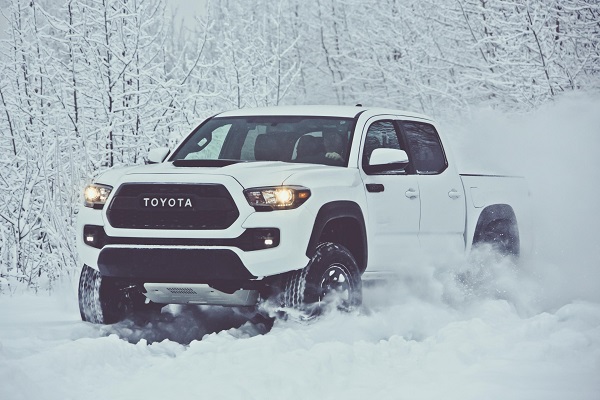 Toyota’s TRD Pro lineup is set to get a new face in the form of the 2017 Tacoma. Following its redesign, Toyota laid low on adding the Tacoma back to the TRD Pro lineup, but this changes in a big way in the new model year. 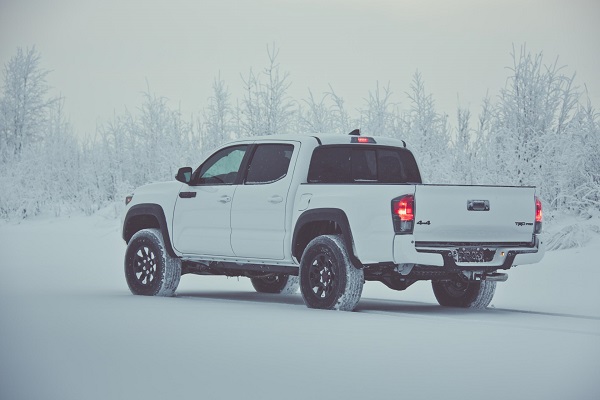 Under the hood of the TRD Pro is the only engine that belongs there, the 3.5-liter V-6 that produces 278 horsepower and 265 pound-feet of torque. The wheezy four-pot is not available, thankfully. A TRD Pro aluminum skid plate keeps the underside of the engine safe.

As with all TRD Pro models, there are a few aesthetic bits to set it apart as well. The exterior of this rugged pickup gains Rigid Industries LED fog lights, projector-beam headlights with black bezels, LED daytime running lights, black taillight bezels, a “TRD Pro” badge on the front doors, black “TRD Pro” and “4×4” badges on the tailgate, a body-colored grille surround, a blacked-out hood scoop, black fender flares, and a color-keyed rear bumper. 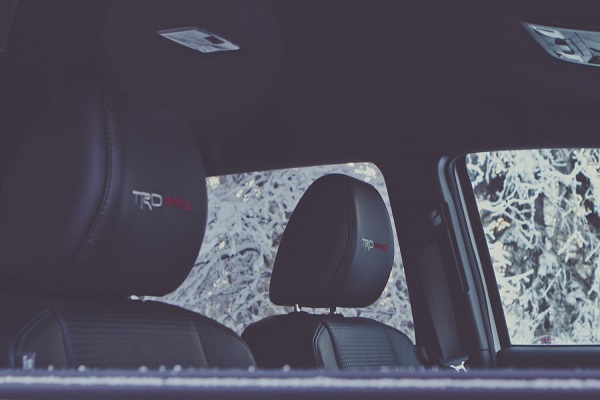 Inside, the TRD Pro’s upgrades continue. Here, you will find leather seating with heat up front, a “TRD Pro” logo on the front seats, the Entune Premium Audio system with navigation and App Suite, TRD floor mats and shift knob, a leather-wrapped steering wheel, a 4.2-inch multi-information display, and a GoPro mount on the windshield for catching all those memorable off-road moments.

The 2017 Toyota Tacoma TRD Pro will make its way to dealers starting in the fall of 2016. Prices will come at a later date.